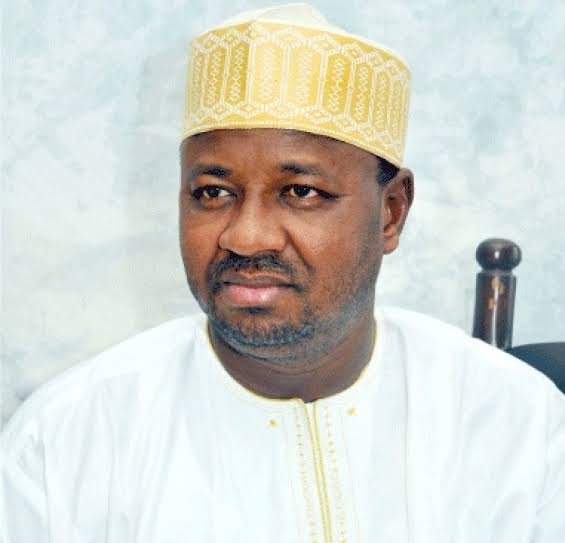 A few days ago, I read news report of President Mohammadu Buhari calling on Nigerian elites to criticize his government fairly. In other words, he is asking that he should not be criticized unfairly. Since I have no mandate to take on the president on the fairness or lack of it with regards to his appointments, projects and whatever other benefits of his government vis~a~vis the different parts of the country, I will respond to his call on the elites insofar as it concerns me as an individual with a case of unfair treatment by the president.

As a Ph.D holder, as a former lecturer at the Nigerian Defence Academy and as once an appointee in the government of President Olusegun Obasanjo with office at the Aso Rock Presidential Villa, I suppose I can rightly claim belonging to the elite group of the Nigerian society. I also know that I am among the virulent critics of the Buhari administration since 2017. But then, I am also THE KEY FIGURE that is responsible for Buhari’s fourth contest and victory after three failed attempts. I can say without fear of contradiction that no Nigerian is responsible for laying the very foundation of President Buhari’s fourth attempt to the presidency more than my humble self. And this is not a hyperbolic statement.

At a time when he lost his 3rd presidential bid in April 2011 and vowed not to ever contest again, and when most people were running away from him, it was at that time that l patriotically braved it and came to his support. I brought in new ideas, new strategy, new vigor and new contacts, and other real and tangible values to his political aspiration. In less than 3hrs, I convinced him to change his publicly expressed political stance of not running again, and agree to go to tribunal and to contest again. Afterward, I sourced for the funding of each and every aspect of my approved ideas. So l didn’t sale my ideas to him for money. Hence, between April 2011 when CPC went to tribunal and July 2013 when APC was registered, l was about his ‘most trusted’ political confidant in the execution of the new strategy. And the result is what he is today - the president! Unarguably, without me doing what I did in this intervening period, Buhari would never have been the president of Nigeria in 2015 as it turned out.

But what did I get in return on victory - rejection and total lockout! Astonishingly, l have till date not set eyes on him from the day he was announced president-elect. The last time we communicated on phone was on the Election Day, 28th March, 2015. Except for his cryptic text message response of “Ameen Hardo” to my wishing him well on 27th August, 2015, commemorating the date of his overthrow as military Head of State, I never had any communication with President Buhari again. And this is in spite of all my spirited efforts of phoning and texting him on the lines we used to communicate with; of contacting those who used to give me unfettered and almost instant access to him; and of formally writing him three letters seeking appointments with him. For no any fault of mine that I know of, the president failed to see me till date to even congratulate him on the victory l put in so much for him to achieve. Rationally, the least I expected of him after winning was to give me protection against his powerful opponents that l took on in the process of executing what I and him sad down and plotted.

Unlike most others who negotiated their support for him, l didn’t negotiate nor ask for anything of him when l came to his aid; all my efforts were geared only towards his attaining victory, in the belief that he would fix this country by ridding us in the North East of Boko Haram and Nigeria of corruption, which the Goodluck Jonathan regime apparently seemed initially unable to do. Hence, my not asking of him for any personal gains, believing that, as a Muslim, he will recognize and appreciate my efforts and contributions, and repay me accordingly without having to ask. And that is the truth.

But as things subsequently turned out, I am totally mistaken; President Buhari is not what I thought him to be, both in terms of capacity to solve the country’s teething issues and in character to repay good with good! For me personally, having been unfairly treated by him, I find it difficult to comprehend the president’s call for fair criticism - prompting me to write this piece!

What did I do to deserve this unfair treatment from the president? No one to date told me; and that’s all I want to be told. Without a reason, I feel betrayed by a cause I practically put my life on the line for. As we all know, 3 things define a man: his perseverance when in need; his attitude on attaining his need; and his gratitude towards those who help him attain his need. These three tell who a person truly is! In the light of these, therefore, can the president in all honesty, talk of fairness? As fairness is reciprocal, if President Buhari wants to be treated fairly (not that I criticize him unfairly), should he not also learn to treat people, treat Nigerians and treat all those that helped him attain his otherwise unattainable ambition fairly? I think so. After all, repaying good with good is not only a Devine injunction, but also the hallmark of good leadership.

I believe President Buhari himself, those who I brought on board his project and those the president introduced to me for the execution of the project, all know what I am saying is the absolute truth, evidential, provable and therefore indisputable. I have written a book titled “Court and Politics: Chronicling my Experience in the Nigerian Theatre”, in which I dedicated chapter Seven to account in great details activities relating to my role in the Buhari presidency. And whosoever wants to challenge my claims is welcome to be my guest.

Finally, having long made my point public through the media, I have since moved on and, as a good Muslim, I have forgiven the president and all those we worked with to make the project a reality, leaving everyone to their consciences, believing that God Almighty will vindicate the righteous.

Ondo State is our land and No one is dare to send us away,...