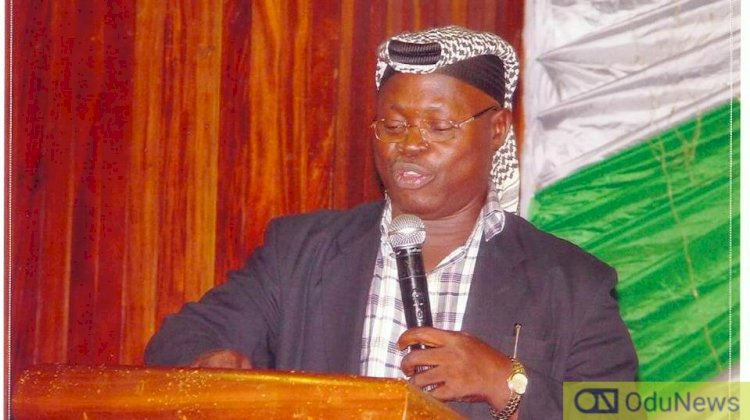 The Muslim Rights Concern, MURIC, has condemned the killing of 11 Igbo Muslims during the #EndSARS protests in Rivers and Imo states.

In a statement on Monday, the Director and Founder of the organisation, Prof. Ishaq Akintola, demanded justice for the victims.

Mr Akintola also condemned the burning of Orlu Central Mosque as well as attacks on other mosques in the two sub-regions.

The MURIC said: “We are shocked by news of mob attacks on Muslims of Igbo origin in the South East and South South during the #EndSARS demonstrations.

“They were killed for no other reason than for being Muslims. Members of IPOB killed 10 Muslims in Port Harcourt. Seriki’s son was burnt beyond recognition.

“One Muslim was also killed in Imo State while four others were injured. Orlu Central Mosque was completely destroyed by arsonists while Hausa markets worth millions of naira were also destroyed.

“MURIC is in possession of two video clips that have gone viral. One was shot by renowned militant leader, Alhaji Mujahid Asari Dokubo.

“In the first video, Asari Dokubo berated the Indigenous People of Biafra (IPOB) and its leadership for allowing IPOB to become a group that hates Muslims and one that hunts them to the point of death.”

According to Mr Akintola, the incident was the climax of persecution, intimidation and humiliation of Igbo Muslims by their fellow Igbo.

He said: “MURIC strongly condemns the killing of Muslims in Igboland. We believe that it is the climax of an undercurrent of persecution, intimidation and humiliation of Igbo Muslims by their fellow Igbo. Families of Igbo Christians who revert to Islam are boycotted and disowned.

“They are denied all rights and priviledges, including the right to inherit. State governments in the East and South South deprive Muslims of their Allah-given fundamental human rights.

“We have the details and these will be revealed in due course.”

Mr Akintola, however, blamed Governor Nyesom Wike of Rivers State for the attack on Muslims in the South-South, saying the governor’s ban on IPOB was mere lip-service.

“In the same vein, we hold the governor of Rivers State, Nyesom Wike, responsible for the attack on Muslims in the South South. His ban on IPOB is mere lip-service. He personally hates Muslims and detests the sight of mosques.

“He was responsible for the destruction of the Trans Amadi Central Mosque in August 2019. Wike was severally quoted to have declared Rivers State a Christian State not too long ago.

“We have set the machinery in motion to report him to the United Nations and the International Criminal Court (ICC) at the Hague for incitement and for crimes against humanity,” Mr Akintola added.

“We, therefore, hang the killing of Muslims in Port Harcourt on his neck. If the witch cried yesterday and the child dies today, do we need to start searching for the killer of that child?

“IPOB reasoned that there is no raison d’etre for Muslims to live in Rivers State since the state had been declared a Christian State by the governor. Wike gave IPOB the licence to kill Muslims.”