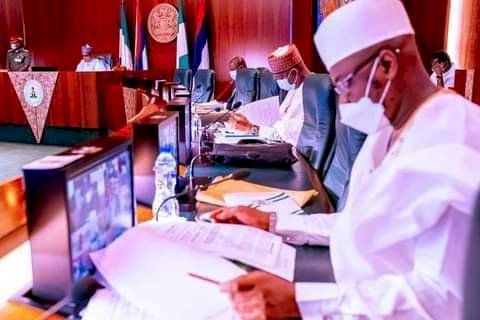 No fewer than three million Nigerians, equivalent to one percent of the nation’s population, are currently displaced from their homes, now living in various Internally Displaced Persons, IDP, camps across the country.

The Minister of Communications and Digital Economy, Dr Isa Ali Pantami, made the disclosure to the State House correspondents shortly after the end of this week’s FEC meeting presided over by President Muhammadu Buhari at the Presidential Villa.

Mr Pantami said: “As we all know that National Identity Management Commission (NIMC) Act 2007 has made it mandatory that each citizen must require a National Identity Number, according to the Act’s section 5, and section 27 emphasises that it could be an offence not to acquiring the number.

“Most of us here do not have the number, but they have at least a form of identification, an official one; either driver’s license, passport for travelling and many more, but people in IDP camps do not have that usually, so we come up with a policy that will prioritise providing national identity to people living in IDPs. The policy has been entitled as National Policy for Digital Identification for Internally Displaced Persons.

“This digital ID will support government in knowing the total number of our IDPs, budgetary provision on how to take care of them, national planning with regards to their education, health and many more.

“When it comes to social intervention being provided by the federal government, through the Ministry of Humanitarian Affairs, government will have an up to date record of IDPs; their number, their location and everything and government will reach out to them easily through that database that is going to be domiciled at the National Identity Management Commission.

“Based on the report during the formulation of the policy, we have around three million people living in IDP camps in Nigeria, which is more than 1% of our population. In addition, from the records that we have received in the course of the formulation, there is no single state in the country without IDPs; the highest is in Borno State with 1.4 million and the lowest is Ondo State with 1,024 persons.

“This is a policy that will provide an up-to-date record of them so that government will give them special consideration of resettling them and taking care of them. As we all know, no matter how strong you are, if you fail to take care of the weak ones, then automatically you are also a weak one. This is why we come up with the policy to prioritise them,” he said.

The minister also informed of the approval by Council for the establishment of the National Digital Innovation and Entrepreneurship Center.

On the approval for the establishment of the National Digital Innovation and Entrepreneurship Center in Abuja, which is in partnership with the Massachusetts Institute of Technology (MIT), Pantami said the programme is schemed to address the challenges of unemployment and citizens employability.

According to him, the programme, which would be run by the National Information Technology Development Agency (NITDA), is going to provide training platform for millions of Nigerians in the digital innovation and entrepreneurship interests.

“We came up with this plan to establish a digital innovation and entrepreneurship centre where millions of our citizens are going to be trained as entrepreneurs, particularly in ICT, so that they will be future potential employers rather than being employees.

“This is, somehow, in partnership with the Massachusetts Institute of Technology, they have a programme they call Regional Entrepreneurship Accelerated Programme (REAP), where they support a country or an institution to produce many entrepreneurs in the area of their choice.

“So, our focus, looking at our mandate in the ministry, is on the development of ICT and this centre is going to be managed by the National Information Technology Development Agency (NITDA), while the Ministry of Communications and Digital Economy is going to provide the policy direction for the centre and to supervise the implementation of the policy. It is going to be completed in three years,” he said.

Guinea:Dalein and his allies call for protests nationwide...