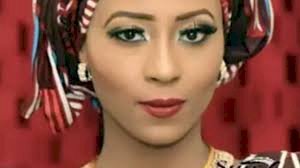 It was on faithful Friday when I was rushing for mosque to listened to the Imam Jama’at surmom when the story of Maryam Both surface . I first heard it from some few under-aged who are at their late 20s discussing the scenerio and painting the scripture as if they were actors in the ugly story of the Hausa actress who’s nude picture went viral on social media. It was indeed a sad day for me and indeed all other progressive minds who has read little about the 49 year mechanical engineer who turned politician in 1999 when Former President Obasanjo rolled back to power . Sen. Uba Sani was an adviser to Obasanjo and was equally a political adviser political and inter-governmental affairs under the Kaduna State game changer Mallam Nasir El-rufai .

He contested an election under the platform of people democratic party in 2011 though he lost but his courage could not let him go .In 2019 ,he was elected Senator to represent the good people of Kaduna central under the platform of All progressive Congress . He is known to be a very close political friend to HE. Mallam Nasir El-rufai who the game changer and the future Nigerian President in the making . It should not be our moral character to sit from our confort rooms to fabricate stories to suits our egos while rubbishing the image of our leaders who has made outstanding sacrifice to the nation and Sen.Uba Sani is not an exception . It is rather unfortunate and condemnable both from the moral and Islamic point of view the circumstances that led to the emergence of these nude picture . We should equally know that it is morally wrong to support the circulation of fake stories that we cannot prove nor defend here on Earth and hereafter.

I write to condemned in very strong terms the action of the actress called Maryam Booth because her actions and other few of her colleagues has since rubbished the Kanywood industry. On many occasions ,they producers claimed to be considering moral grounds in shooting their movies as a panacea to helping in building a moral and sound society a claim many particularly here in the never agreed to it . Her nude is becoming more special because to many she is a celebrity and this will surely dent her image but why Sen. Uba Sani . The scenerio must not be necessary be the same but those who are in tears for the fast political success are all over the internet trying to dent his image even though many of them outside there are doing worst than this . Personally,I am not defending any of the two but yet we cannot keep mute while some few political elements keep destroying our future leaders who’s commitment to nation building is gradually strengthening our lost glory .

Sen. Uba Sani is the senator of the federal Republic of Nigeria and subsequently the future potential Governor of Kaduna State who is likely to be President of Nigeria but those working round the clock to distroy his image are nonsensical elements . They have run out of ideas on how to distroy the dynasty of Mallam Nasir El-rufai that has fixed Kaduna State to where it suppose and knowing Uba Sani as his closest political ally to them it is an opportunity to use a fiction to deal with two political generals in Kaduna State . The video of Sen. Uba Sani and that of Maryam Booth has no nothing in common because according to her that her video was taken and posted by one Hausa Musician . Her open confession has taken sen. Uba Sani out of the equation and yet those who posted his personal picture must as a matter of urgency be brought to book as a breach of trust and right to privacy .

It is only those who are running out of ideas that will agree that Sen. Uba Sani was short with Maryam Booth .