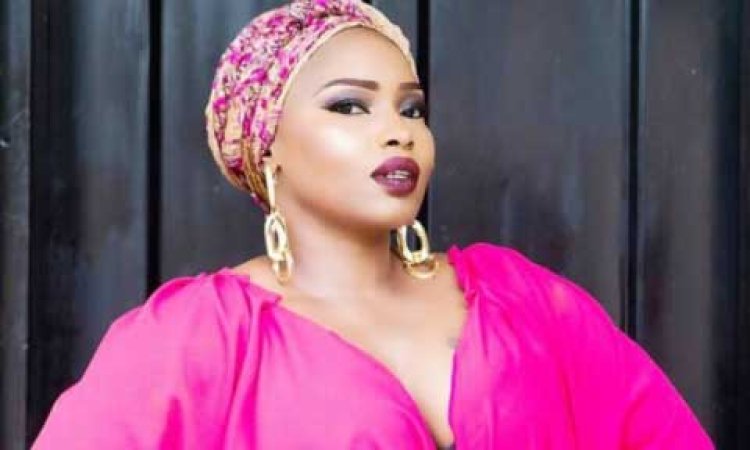 Nollywood actress, Halima Abubakar, has spilled the beans about the randy behaviour of some Nollywood filmmakers.

According to the actress, many Nollywood producers demand sex before giving actors roles in their movies.

Taking to her Twitter page, the actress wrote, “I left Twitter not Nollywood. I produce my own movies. I no get strength for sex. Taking a break is necessary.

“I have won all awards, so I won’t be too hungry to ass lick, or belong to a group. Like I said before, I don’t have a filter. I say the truth. I mean that’s me.”(sic)

When asked by a fan, if producers demand sex before roles are cast in Nollywood, Halima answered affirmatively.

The fan queried, “Serious!! That means it is true that producers do demand sex from female actresses before casting them in movies. Our sisters are not safe”

Of which she responded, “So many yes.”

Abubakar began acting in 2001 when she played a minor role in Rejected. Her first lead role was in Gangster Paradise.

She is also the CEO of Modehouse Entertainment, a music label and entertainment management company.

Although she was born in Kano, the actress is from Kogi. She attended Ideal Primary School in Kano and studied Sociology at the Bayero University, Kano.

A2 the fulani King is ready... After Anniversary Funds...