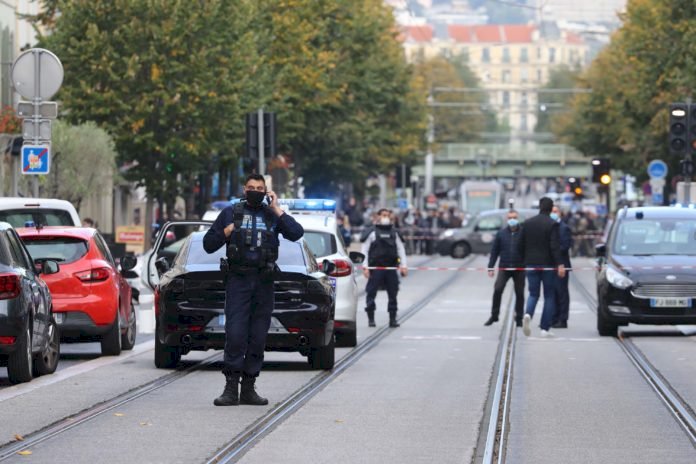 An attacker with a knife killed at least three people and wounded several others at a church in the French city of Nice on Thursday, officials said, in an incident the city’s mayor described as “terrorism”.

Mayor Christian Estrosi, a former MP with the right-wing Republicans party, said on Twitter the knife attack had happened in or near the city’s Notre Dame church and that police had detained the attacker.

Estrosi tweeted: “I can confirm everything suggests this was a terror attack in the Notre-Dame Basilica,” in central Nice.

He claimed that two women and one man were dead. One woman took refuge in a nearby bar where she succumbed to her injuries.

The other was killed in the most “horrible” way, he said, “like the professor” – an apparent reference to the recent killing of French teacher Samuel Paty, who was beheaded in broad daylight.

President Emmanuel Macron was heading to the city, while Interior Minister Gerald Darmanin held a crisis meeting as he warned people to avoid the site of the attack.

The anti-terrorism prosecutor’s office said an investigation had been opened into an attack with a terrorist connection.

President Barrow calls for More Foreign Investment as He...