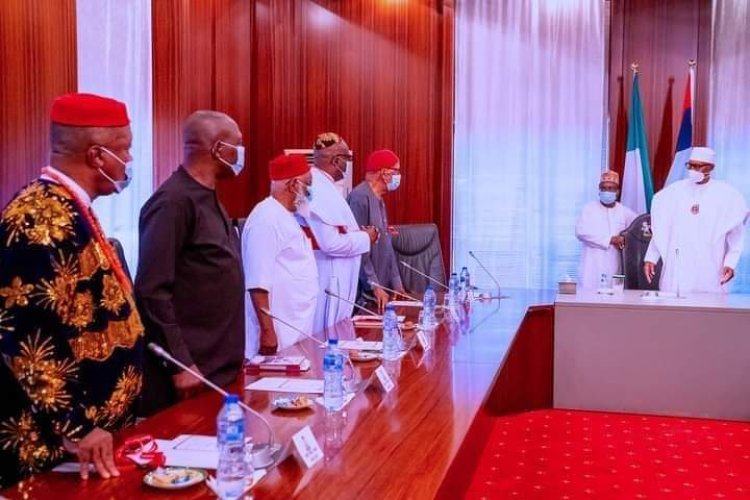 The Arewa Consultative Forum, ACF, has taken a swipe on the leadership of the criticised Ohanaeze Ndigbo over for an unconditional release of the leader of the Indigenous People of Biafra, IPOB, Nnamdi Kanu.

Recall that the apex Igbo socio-cultural group had met with President Muhammadu Buhari, demanding for an unconditional release of Mr Kanu, as a way of addressing the security situation in the entire South-East region.

But the Northern group rejected the idea, saying that Mr Kanu would be above the law if he is released unconditionally without facing trial for the terrorism-related charges filed against him.

The National Publicity Secretary of the ACF, Emmanuel Yawe, in a statement on Monday, said anyone accused of committing a serious crime against the state should be allowed to face the law.

He said, “Why should somebody who is accused of serious crimes against the state be released by the executive because his tribal organisation has so demanded? If we start doing that there is no more rule of law again in Nigeria.

“If there is no rule of law, there is no democracy. If the man is convicted, we will understand if there is a plea to the president to grant him a pardon through the prerogative of mercy as stated in the constitution.

“We do not agree that a person accused of serious crimes against the state, the type that this Nnamdi Kanu is accused of should be freed.

“It appears Ohanaeze Ndigbo has always been in support of his activities some of which have cost a lot of lives, including those of security agents.

“If they are not against his alleged crimes, why demand his release without his going through the due process of the law? Is he above the law of the land?”