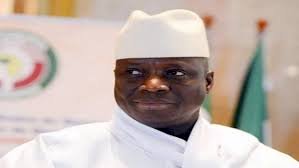 The Banjul high court last week ordered Gambia Africa Mining International Co Ltd (Gamico) and Alhamdullilah Petroleum And Mineral Co Ltd (Apam) both owned by former president Yahya Jammeh to settle their liabilities to one Sambou Kinteh of Brikama.
Justice Ebrima Ba Jaiteh allowed Mr Kinteh, the plaintiff, to execute the judgment sum of D1, 187, 450 against the assets and properties of Gamico and Apam.
In a ruling delivered last Thursday, he upheld the findings of the Janneh Commission as no appeal was lodged against its findings in respect of their relationship with Jammeh. The commission has adjudged that the properties belong to the exiled president.
The judge therefore ruled that Jammeh is the beneficial owner of Gamico and Apam for his private benefit, with Mohammed Bazzi as a front.

The court further held that Jammeh was closely involved in the operations of the companies and appointed its managing directors and used Apam as “a family commercial venture for the purpose of carrying mining activities” to enrich himself.
The court held that Apam was incorporated as a company in The Gambia, that it was a family enterprise managed by Jammeh.

The D1, 187, 450 sum includes arrears of rent of Mr Kinteh’s premises in Sanyang village, breach of contract, repairs occasioned by damages as a result of negligence, interests and legal cost