‘It Would Be A Surprise If Chelsea Had Any Kit To Play In This Weekend’, Tuchel Reacts To Ban 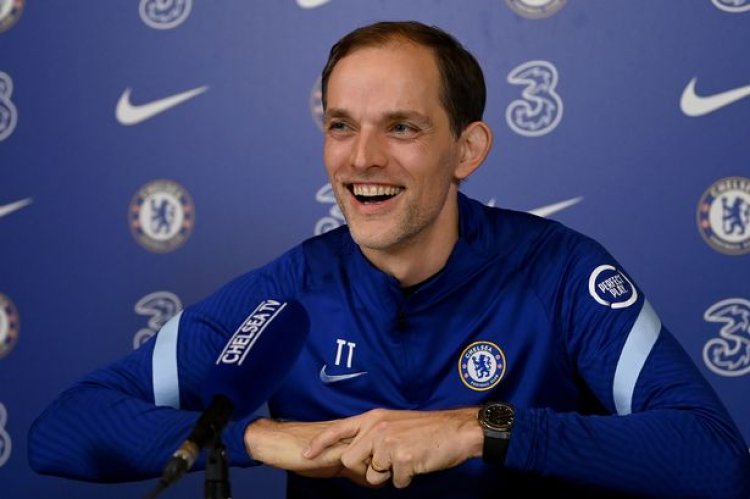 He said Chelsea’s players could wear a “symbol of peace” in response to Russia’s invasion of Ukraine after mobile network provider Three suspended its shirt sponsorship following the sanctioning of owner Roman Abramovich.

Three have asked for their logo to be removed from Chelsea’s kit and, although the Blues beat Norwich 3-1 on Thursday while wearing the company’s branding, they are expected to comply with the request.

Chelsea host Newcastle at Stamford Bridge on Sunday and Tuchel said it was possible they could fill the vacant sponsor’s space on their shirts with a peace slogan.

“We can always wear a message for peace and it can never be the wrong message,” said the German.

Following the sanctions imposed on the Russian billionaire, Chelsea’s kit maker Nike are reportedly considering ending the reported £900-million, 15-year deal they signed with the west London club in 2016.

“Maybe the worry is more to find enough shirts that we can play in, with the sanctions,” Tuchel said. “But as long as we have enough shirts, and as long as the bus is full of fuel, we will arrive and we will be competitive.

“This is what everybody can be sure of and this is what we demand of ourselves and when it’s a big storm, you dig in, you are all together and then you stay strong and go through it. But messages for peace can never be wrong.”

Chelsea’s long-term future has been plunged in doubt due to the freezing of Abramovich’s assets, with stringent curbs on spending and the proposed sale of the club on hold.

Abramovich is one of seven oligarchs targeted by Britain in response to Russia’s invasion, all of whom were described as part of Russian President Vladimir Putin’s inner circle. (AFP)

I’m In Eagles Not Because Of Quota System –Sadiq

Musa isn’t the same player that played in the league 18...