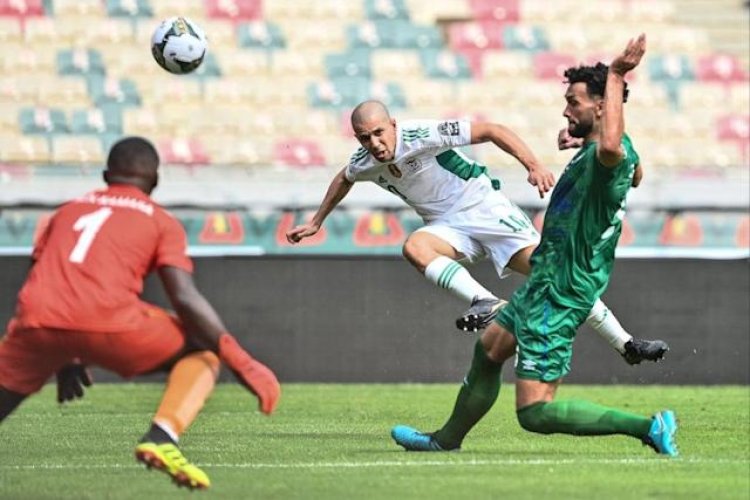 Sierra Leone introduced itself on the African Cup of Nations staged in Cameroon after 25 years of absence from Africa’s topflight Cup.

Considered the underdogs, the returnees held defending champions Algeria to a goalless draw.

Djamel Belmadi’s side who have enjoyed a successful run since 2018, lifting the Africa Cup of Nations trophy in 2019 and going 33 consecutive matches unbeaten were pinned down by John Keister’s boys cladded in Green.

The desert foxes dominated possession for the better part of the game. Leone Stars had some really juicy opportunities in the opening half at the Japoma Stadium in Douala.
Alhaji Kamara hit a low strike that beat the near post. In the second half, Kamara ruffled the net but the goal was slashed out for offside.

Algeria had several chances but Sierra Leone’s goalkeeper Mohamed Kamara guarded the goal with exceptional fury and earned the man of the match status.

The protector of Sierra Leone’s den, Kamara, excelled in repelling the attacks and preventing them from shaking the net.

Algeria won the cup for the first time in 1990 when it hosted and clinched a second in 2019. As defending champions, they are among the favourites to repeat the success.

Amad has the quality to fight for a Ballon d'Or in five...