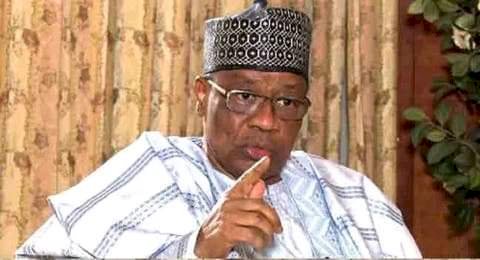 Former military President, Gen. Ibrahim Badamasi Babangida ( IBB) has expressed concern over the state of insecurity in Nigeria, saying he used to advise government on the matter but does not making noise about it.

He said it is imperative for the citizens to support government and our soldiers, in order to bring an end to the crisis.

The former President who called on the government to equip the soldiers with modern weapons and the necessary training spoke in an interview with the BBC Hausa Service monitored on Sunday.

Commenting further on insecurity, he said it has become necessary for citizens and government to synergize and work together.

On whether our politicians are playing the desired role in bringing an end to insecurity, he said there are many things they’ve to put right..” if they agree to sit down and think over, I believe success will be achieved,” he said.

When asked further on such things to put right, he said it is important to rally round the soldiers and other security agents, support them and let them know the citizens are behind them.

“Provide them with all they require and let them know this is their country, they’ve no other better than this.”

Asked if he believes the Nigerian soldiers need modern weapons, he said yes, they do.

“They also need to be trained on how to use the modern weapons, not to get weapons and just hand over to them. They should be trained.”

On whether he has ever advised the Federal Government on ways to end insecurity, which has now crept into his state of origin ( Niger), he said, ” we give advice, as we can..but we don’t make noise about it. We don’t announce that this is what we say.”

“We should unite, we should support those in power, we are all working towards achieving the same goal. Between the leaders and citizens, we need peace and a harmonious relationship.”

” This problem of insecurity, every government had its experience… but if we unite..I remember how we fought the civil war for 3 years, the people supported the government, the government did its best, bought what was necessary, those who fought were made to understand that this country is the best for them.”

“It’s not only in Nigeria, many countries encountered this kind of problem, some had it for ten years but through concerted effort, they are out of it. I believe we can get out of this problem.”

“Both citizens and those governing are trying, but we should know that it is not an easy task,” he said.

Ban On Open Grazing Must Be Enforced , Says Ikpeazu