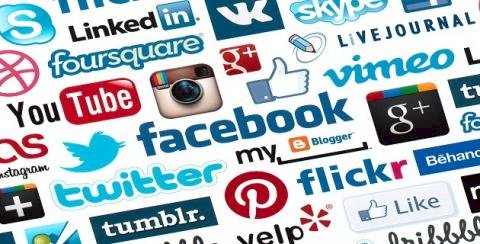 At no time in human history had the dictum “perception is reality” being truer than now. The power of social media to shape perception is unrivalled in human history. It is the reason that even today three month after his inauguration, over 70% of Republicans still believe that President Biden stole the election.  It was the reason thousands of our citizens on January 6, invaded the sacred hall of congress in murderous rage.

Social media hysteria is a global phenomenon. The Nigerian social media is indeed a maddening place,  filled with hysteria, propaganda, exaggerations, doom and gloom.  To inhabit the Nigerian social media eco-chamber is to live in a perpetual state of fear and hopelessness.  There are literally hundred of thousands of Nigerians at home and in the Diaspora who are too scare to travel to their homeland or travel out to visit their loved ones.  That is the hold that social media has on many people in the country.  If we each received a dollar for each time stories of lorry load of “dangerous Fulani kidnappers invading a Yoruba town” is flashed on Nigerian social media,  we will all probably accumulate enough money for our retirements.  Social media is literally tearing apart the fabric of Nigeria as the multi-ethnic multicultural powerhouse of the Black race.  Spurious and damaging stereotyping and collective punishment are now so rampant in the country that it will take divine intervention and a visionary nationalist leadership to sew it back together.

For instance, there are some on the Nigerian social media who perpetrate the insanely ridiculous notion that Nigeria is more insecure and more dangerous than Afghanistan, Somalia, Syria and Yemen even though these countries are in the state of full blown wars with hundreds of thousands if not millions of casualties.

Yet anyone who questions such insane and unhinged hypothesis is shouted down as being totally disconnected from the reality on the ground, a traitor to his people, a Fulani apologist and a collaborator.

Now to be clear, this is not to downplay the  palpable state of insecurity in the country.  When it comes to security, perception is reality. So, there is no denying the fact that the combination of the terrible economic conditions in the country, the unprecedented ethnic animus and its associated scramble for the control of the center by the various ethnic groups, the agitation for secession and balkanization of the country has created the perfect storm of insecurity and disaffection for Nigeria.  Xenophobia has almost become an accepted of the Nigerian political experience. Life in our country is indeed and undeniably terrifying.

We are all reminded that the same playbook was deployed in the election that saw the defeat of former President Jonathan in  2015. With social media that playbook has gained very dangerous potency. While social media terrifies the educated class, however far more terrifying for the common man and woman on the street than the dreaded Fulani herdsmen, and the hysteria on social media is the debilitating economic condition and the hunger, hopelessness and depravation that come with it.

I know that I have probably  disturbed the hornet nest with this post.   But for our collective sanity, we all could use a little bit of reality check before we all succumb to hypertension. Frankly, I have decided to stay off Nigerian social media before I lose my sanity. It is the same advice that I relay to my close friends. Nigeria social media is an unhealthy and a dangerous place to stay on for too long.

If there is one thing however, that terrifies me more than anything in the world, it is the COVID19 inferno that is consuming India.   It is our hope and prayer that Nigeria and the African continent is spared from it, because that is all we have, hope and prayer.

If India which is the vaccine manufacturer for the globe and the prime destination for medical tourism for Nigerians can be brought to its knee by COVID19 , it is too terrifying to imagine what it will do to Nigeria and the continent at large.  That should be the focus of the global medical community.

Sadly, Nigerians and the Nigerian government are dealing with COVID19 like we are already in a post-Covid world.  That is what should be terrifying all of us.

We’re Officially In Imo State To Stop Unknown Gunmen Since...

Boko Haram No Longer Has Authority Over Any Territory –...