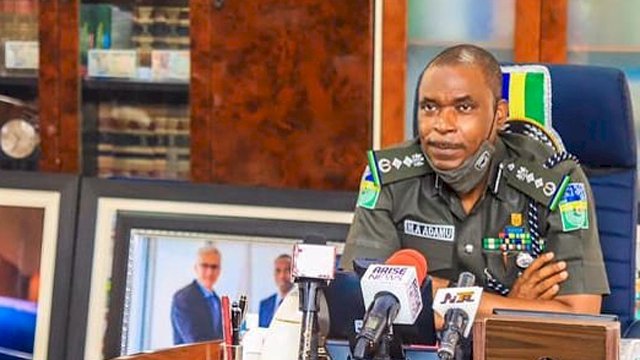 The Inspector-General of Police, Mohammed Adamu, has ordered the withdrawal of all police personnel attached to all VIPs across the nation with immediate effect.

This was contained in a Wireless Message sent virtually to Zonal AIGs and Command CPs with signal number DTO 210900/19/2020.

The signal was copied to all Police formations in Lagos, Benin, Enugu, Makurdi, Port Harcourt, Abuja, Oshogbo, Sokoto, Umuahia, Abeokuta, Akure, Awka, Ibadan, Calabar, Kano, Yola, Asaba and Ebonyi, with the IGP warning that any Commander who violates this order will face the consequences.

However, Adamu said those attached to government houses, the Senate President and the Speaker House of Representatives, should not be withdrawn.

The signal, which was signed by the AIG POL, Protect, Force Headquarters, Abuja, reads in part: “Any protect personnel found escorting or guarding any VIP with or without a firearm is deemed to be deployed by the commander and the commander will be sanctioned.”

It also directed that “all withdrawn protection personnel are to report to COMPOL commands.”