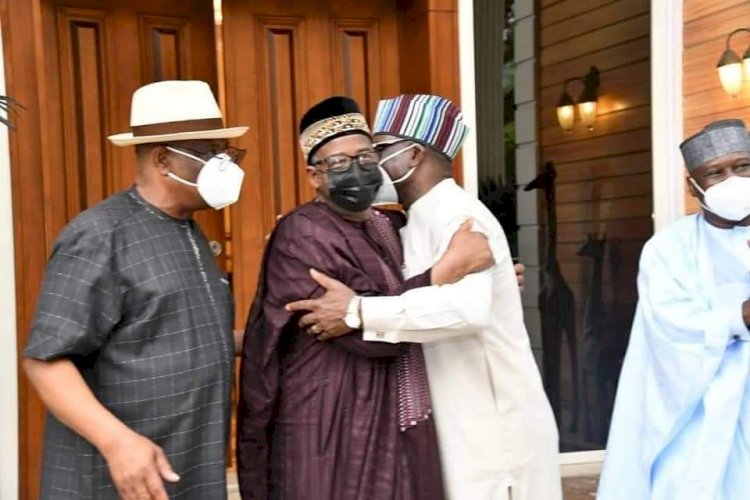 Kayode Oyero
Benue State Governor, Samuel Ortom, and his Bauchi State counterpart, Bala Mohammed, on Tuesday, settled their differences over their face-off on the herdsmen crisis rocking the country.
Mohammed had defended Fulani herdsmen wielding AK-47 rifles, saying they do so for self-protection.

Reacting, Ortom had lambasted the Bauchi governor for allegedly supporting criminality while labeling him a “terrorist governor”.

The Peoples Democratic Party had waded into the altercation between the two governors who incidentally belonged to the PDP.

A truce seemed to be reached after the meeting at Wike’s private residence in Port Harcourt with Ortom and Mohammed embracing each other.