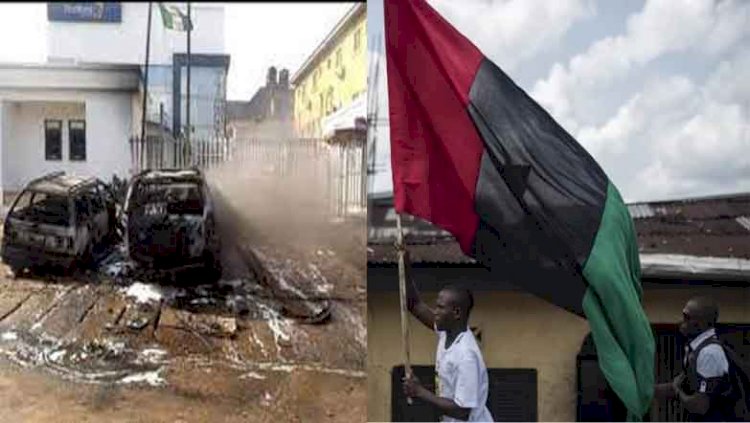 A source said the gunmen, numbering about ten, drove a black Honda Pilot Sports Utility Vehicle (SUV) to the bank, and shot in all directions, causing panic, while also hoisting Biafra flags at the bank’s gate when all had fled.

Normal human and vehicular movements, however, continued after the gunmen left.

The state police spokesperson, DSP Toochukwu Ikenga confirmed the attack to journalists but said he was working on a reaction to the attack.

As at the time of filing this report, he was yet to give the official position of the Command, casualty figures or those involved.

Buratai Instructs Troops To Be Ruthless With Bandits, Other...