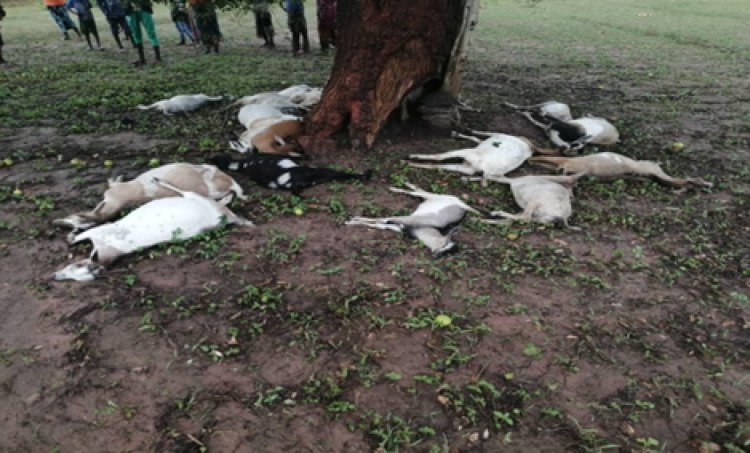 Some of the goats struck and killed by the thunderstorm

In the late hours of Friday 22 July 2022, a thunderstorm blast in Sare Soffie village in Upper Fulladu West, Central River Region is reported to have killed over twenty-one goats belonging to one Kebba Baldeh, a native of the village.

Ebrima Baldeh, a resident of the village, told this medium that the incident occurred in the bush where lightning struck and killed over twenty-one goats during the heavy downpour.

“Kebba’s children were in the bush with the goats. When it started raining, the goats hide under a big tree where the lightning struck and killed them,” he explained.

Baldeh stated that the children were not under the tree at the time of the incident. He said that was what saved them.

He disclosed that the goats died on the spot, while the children ran for their lives after hearing the heavy blast.

According to him, one of the children fainted in the bush after the situation had occurred but was however rescued.

Efforts were however made to reach Kebba, but he could not be reached at the time of filing this report.