Gambia: National Assembly under scrutiny over handling of Draft Constitution 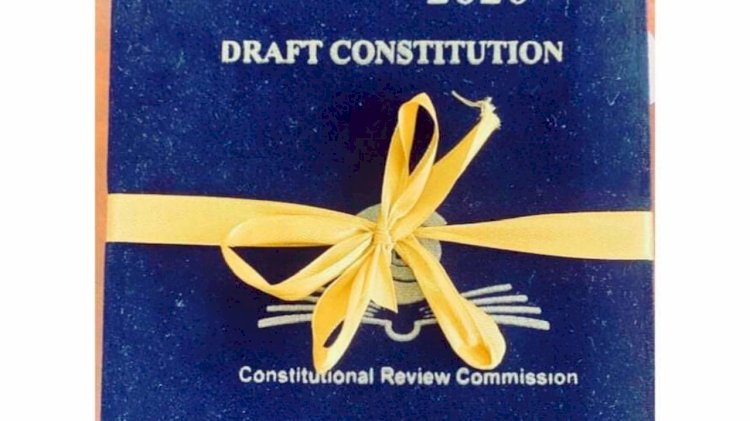 The whole country is watching with anxiety and trepidation the ongoing debate in the National Assembly for the promulgation of the proposed new Constitution. Some people are however quite worried about the stance and comportment of some National Assembly Members who seem to reduce the whole thing to a simple political debate; the supporters of President Adama Barrow versus the rest, thus revealing the apparent low level of political and social awareness of some of our representatives.
Of course, no one would expect everyone to be quite happy and satisfied with everything in the Draft Constitution, and no doubt would wish to get certain clauses either removed or changed. However, that is not a good enough reason to threaten to vote against its promulgation as some members have been doing with a sort of crudeness not expected from those claiming to represent people of different political and social backgrounds.
The question that does not seem to be quite clear to most Members of the National Assembly as well as the vast majority of Gambians is what the members are supposed to do with the draft; should they have the free hand to dissect and amend it as they would normally do with ordinary bills that come before them, or are they only expected to examine and pass it onto the people for a referendum, probably with just a few extremely necessary changes? We have heard a few of them asking what would be the point of bringing the draft to the National Assembly if the members are not allowed to change it to suit their own perception of how it should look like.
It appears that both the law and the Standing Orders of the National Assembly are silent about what the members are expected to do in such a situation, but simple logic dictates that any drastic changes to the draft would tend to abrogate the very purpose of setting up a Constitutional Review Commission (CRC), consult with Gambians both at home and abroad and spend over 100 million Dalasis on the process. If members were to be given the power to change the draft as they wished, then it would have made much more sense to just get the Attorney General’s Chambers prepare and submit the constitutional review bill before them and get them to debate and make the necessary amendments instead of spending all those millions of public funds to get the views of the people and prepare the draft.
This is the biggest test for members of the National Assembly and its outcome would have a great impact on how the Gambian public would henceforth view their representatives in the legislature. Are they interested in the welfare of the people of their constituencies and the country at large or are they just concerned about their own narrow socio-political interests?
Of course, there are quite a number of things that we all as individuals and interest groups would like to see changed in the draft, but if we all were to want to get a draft that addresses all those concerns, then we would never come up with an acceptable draft. Therefore, common sense dictates that while National Assembly Members are at liberty to make their concerns known, but they should accept the reality that this is a national project that should not be tailor-made to meet any particular individual’s or group’s concerns. Under the circumstances, this is the best document that Gambians can get and if for whatever reason, the members of the National Assembly decide to vote against it, then apart from throwing away millions Dalasis of public money down the drain, it would also mean beginning the process all over again and probably spending far much more to prepare another draft. Can this country really afford such waste of resources just because a few unscrupulous members choose to promote their own narrow political interests at the expense of the national good?
Let us therefore hope and pray that at the end of the day, common sense would prevail and our representatives would not fail us.