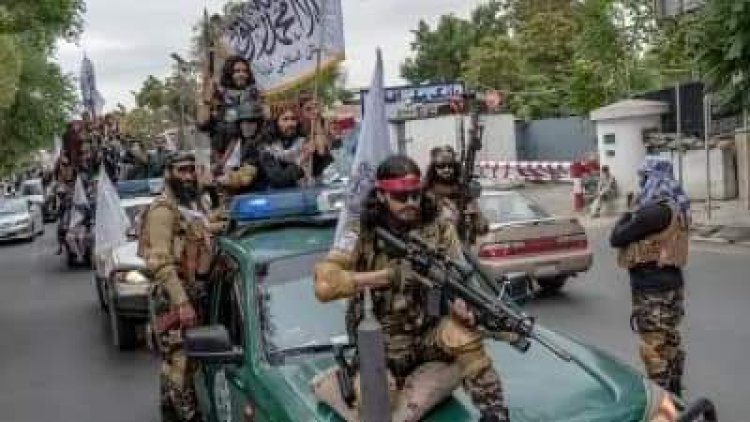 A former female Afghan judge who is in hiding from the Taliban has appealed to the Home Office after she was denied permission to enter the UK.

Lawyers from Kingsley Napley said on Saturday they have filed the first appeal at the Immigration Tribunal on behalf of their client named only as “Y” and her son.

The firm said the government’s decision has prevented the pair from reuniting with British and settled family members in the UK, including her nephew who works as a civil servant.

They also said she has been left in a “gravely vulnerable position” following the return of the Taliban regime in Afghanistan after the withdrawal of Western troops.

In a statement, lawyers said Y and her son fled Afghanistan and are currently hiding in Pakistan after her home was attacked in Kabul and several of her former colleagues were assassinated.

The team described how Y had a successful career spanning two decades in the Afghan judiciary, held senior positions in the Criminal Court system and adjudicated cases involving crimes like murder and terrorism offences.

She also presided over security cases in which Taliban members, their affiliates and sympathisers were sentenced and who have now been freed from prison, holding official positions in the new government, the lawyers said.

The appeal comes after Kingsley Napley lawyers submitted applications on behalf of the woman and her son in November last year, which included arguments made under Article 8 of the European Court of Human Rights, the right to respect for private and family life.

However, the Home Office notified her lawyers this month that her applications had been rejected.

Kingsley Napley said Y met the eligibility criteria for resettlement in the UK during the initial evacuation but was not called forward under Operation Pitting, likely due to administrative error.

Oliver Oldman, a Kingsley Napley immigration solicitor, said: “If any case should be granted on compassionate grounds, it is this one.

“Our client is in constant fear she will be discovered and deported back to Afghanistan where she and her son’s personal safety is at risk.

“She has close family here who want to look after her, notably at no cost to the British taxpayer.

“The UK government has a moral duty to permit our client’s safe passage, given the chaotic withdrawal from Afghanistan and this judge’s life-long commitment to protecting the rights of women and children as well as the rule of law and upholding democratic values in Afghanistan.”

Mr Oldman went on to criticise the government for creating “false narrative” around safe and legal migration routes.

“Here we have two applicants, fleeing the most acute danger in Afghanistan, who have tried through these supposed legal routes to reach safety in the UK and join their family,” he said.

“A clearer elucidation of the false narrative surrounding safe and legal routes would be hard to find.”

Y’s nephew, who is living with his British wife and children in the UK, said: “We have been terrified for them throughout the last year because they are so vulnerable.

“The whole family has been under tremendous pressure but what has kept us all going is the hope that the Home Office would grant them permission to join us in safety in the UK.

“We were first told by the Home Office that a decision would be made within around three months.

“Hearing almost 10 months later that both applications were refused was completely devastating.”

Aman's family has gone into hiding in Afghanistan, as Sarah Corker reported earlier this week

Her nephew said the long delays have also exacerbated the mental poor health of his aunt and her son in Pakistan.

Earlier this month, the government published updated figures on the number of people who have been brought to safety to the UK from Afghanistan following calls for information ahead of the one-year anniversary of Taliban forces capturing Kabul.

It said more than 21,000 people have been brought to safety, including British nationals and their families, Afghans who worked for the UK, and people identified as high-risk.

But a separate up-to-date total for the number of Afghan refugees who have arrived in the UK was not given.

Amnesty International UK said the “patchwork of figures” provided is a “reminder of the chaos and delay of the UK’s response to the Taliban a year ago”.

The Home Office has been contacted for comment.
Source. ITV News