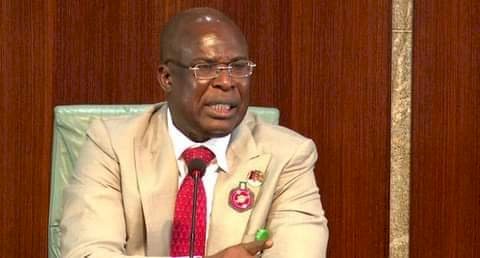 The Federal Government has explained the rationale behind the recent increase in the pump price of Premium Motor Spirit (PMS), also known as petrol.

Mr Timipre Sylva, the Minister of State for Petroleum Resources, said the hike is as a result of the announcement by an American pharmaceutical company, Pfizer, on its recent breakthrough in the fight against the coronavirus (COVID-19) pandemic.

He told State House correspondents on Monday in Abuja that the announcement of a COVID-19 vaccine by Pfizer triggered a slight increase in the price of crude oil in the global market.

“What happened recently was because of the announcement of a vaccine for COVID-19 by Pfizer. With that, crude oil prices went up a little bit,” the minister said after a routine visit to President Muhammadu Buhari at the Aso Villa.

“So, when crude oil prices go up a little bit, then you will see that (it will) instantly reflect on the price of petrol, which is a derivative of crude oil.”

According to Sylva, the pump price of petrol is directly determined by the price of crude oil in the global market.

He stated that it was not the first time the government would give the same explanation whenever the pump price of petrol changed in the country.

The minister explained that the government took the decision to deregulate the sector in order to ensure its optimum performance.

“That is why we say, deregulate so that as the price goes up or down, you begin to go up and down as well at the pump. Before now, we fixed it – which was not optimal for us as a country.”

A file photo of an attendant filling the fuel tank of a car.

Sylva added that the nation’s earnings were not fixed because they were dependent on crude oil prices and fixing the pump price would be unsustainable at some point.

He stated that this was why the government decided to keep the price floating, to be determined by the price of crude oil in the international market.