Imo Oil Wells : We Will Get Justice In Supreme Court – Gov Uzodinma 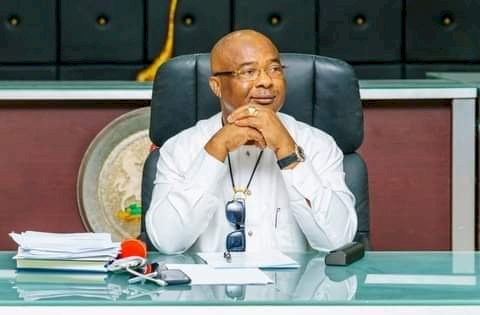 The Imo State Governor, Hope Uzodimma, has expressed confidence that the State would get justice in Supreme Court to retain its oil wells from those claiming ownership of the investments.

The Governor made the assertion on Sunday during the Thanksgiving Church Service in commemoration of Nigeria’s 61st Independence Day Celebration at the Government House Chapel, Owerri, the State capital.

He said, “Imo State will eventually get justice at the Supreme Court and get back what belongs to her”.

The Governor, who revealed that the State would be receiving an additional N8 billion monthly from Federal Allocation, explained that the oil wells located in the State were ceded to Rivers State for over 20 years now, stressing that the Supreme Court will give Imo justice.

According to the Governor, though the Committee on Boundary Adjustment through boundary demarcation had given back the oil wells to the state, the Rivers Government had taken the matter to the Supreme Court.

Governor Uzodimma also disclosed that despite the fact that some of the disputed oil wells are located in Local Government Areas like Ejemekwuru in Oguta LGA, Imo State, some selfish Imo indigenes, benefiting from the scam, are working against the recovery process.

Slight Increase’ In Petrol Price Due To Demand And Supply...