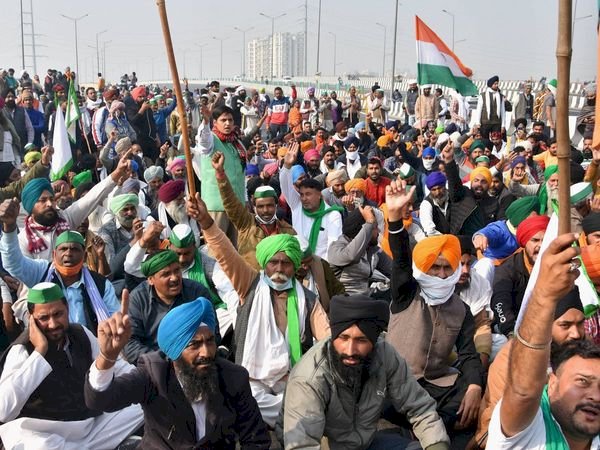 Protesting Indian farmers
Roads, transport services and markets were closed in some parts of India on Tuesday in response to a strike called by farmers protesting against new farming laws.

The impact of the strike, which is supported by several opposition parties, was most evident in the northern states of Punjab and Haryana where markets and petrol pumps remained closed in most towns.

Most other states saw a mixed response to the strike call as markets and offices remained open. Railway services were impacted in some regions.

Rallies by farmers’ groups, left and regional political parties were held in several cities including Bangalore, Hyderabad and Kolkata.

The farmers are demanding a rollback of three laws relating to the farming sector that were passed by parliament in September.

Hundreds of thousands of protesting farmers have been parked for 12 days now on the borders of Delhi after police stopped them from entering the capital.

Main highways into the city were blocked by the farmers allowing only the passage of ambulances and other emergency vehicles.

India’s government led by the Bharatiya Janata Party (BJP) says the new laws are aimed at freeing farmers from antiquated marketing systems and middlemen and will fetch them better prices.

The farmers say the laws will benefit big corporations and dismantle a procurement system that guarantees them minimum prices for their produce and protects them from the vagaries of the market.

Several rounds of talks between farmers’ leaders and the government have not yet seen a breakthrough. The next round of talks is scheduled for New Delhi on Wednesday.