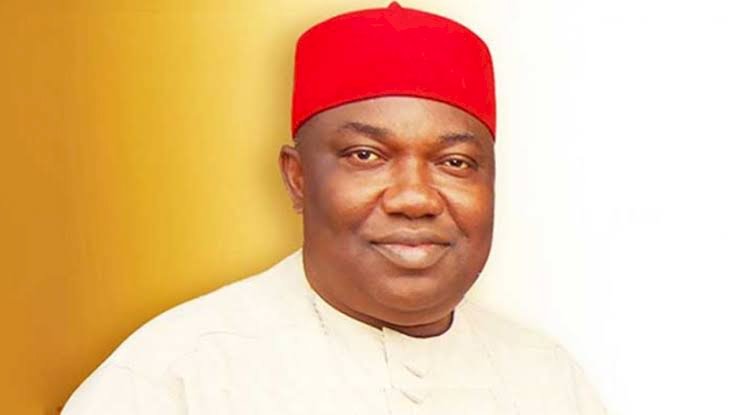 Governor Ifeanyi Ugwuanyi of Enugu State has directed the immediate rebuilding of two mosques damaged by some protesters in the Nsukka Area of the State.

DAILY POST reports that this was announced by the chairman of Nsukka Local Government Area, Hon. Cosmas Ugwueze.

The Chairman made this disclosure when he visited the location of the damaged mosques.

The visit was at the instance of Governor Ugwuanyi.

Ugwueze said the State Government was saddened about the damage done to the mosques, stressing that the Governor immediately directed him to visit the place and ensure the safety and protection of the lives and property of all residents.

The council boss declared that nothing will stop the age-long peaceful coexistence between Igbo and Muslim community in Nsukka.

He stressed that misunderstanding between two people ought not to have degenerated into attacks on Muslims and their worship centers.

“What happened last Saturday was unfortunate because for many decades there has been a peaceful coexistence between the Muslims and Igbo community here in Nsukka.

“I want to assure you of the government’s determination to make Enugu State habitable for all irrespective of tribe or religion.

“His Excellency, the Governor of Enugu State, Rt. Hon. Ifeanyi Ugwuanyi, on whose instance I undertook this visit, has directed that the mosques be rebuilt.

“That is why I am here to convey this message to you and to also assure you that the State Government also directed that all the properties lost will be replaced,” he stated

He commended the Muslims leaders in Nsukka for their maturity in handling the unfortunate situation.

“I commend your leaders for the manner through which this matter is being handled, call back your members to return to their lawful and legitimate business without fear of attack or harassment as the government has restored normalcy,” he said.

In his response, Yakubu Omeh the Chief Imam of Nsukka Central Mosque who thanked the Chairman for the visit and his promise to immediately rebuild the damaged mosques said that the attack on their worship centers will not damage the good relationship that exists between Muslims and Igbo in Nsukka LG.

“We will play our own part to make sure that there is peace and harmony across all tribes and religions.

I was surprised on attack on our mosque because the Muslim community has enjoyed cordial relationship with Nsukka people as some of us are indigenes of the LG.

“For many decades, we have been living as brothers and sisters.

“Your visit today and promise to rebuild the damaged mosques have shown the volume of care and love the government has for Muslim community in Nsukka,” he said.