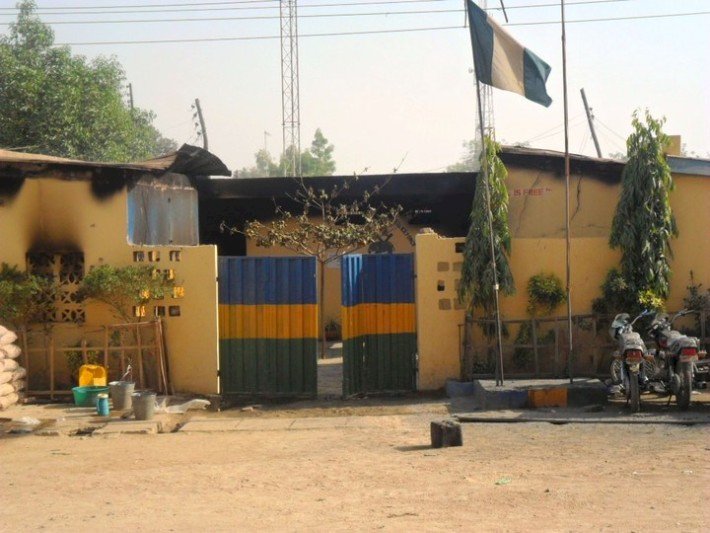 The police in Lagos, on Friday, warned that the burning of several police stations across the state will lead to retrogression and a waste of money that could have been deployed to other projects.

The police spokesperson in the state, Olumuyiwa Adejobi, gave the warning in an interview with the News Agency of Nigeria (NAN) in Lagos.

“The implication of this is that money that has been set aside to do other projects and develop certain areas will have to be channeled into repairing these damaged stations.”

He said that over 17 police formations across the state have been totally or partially razed by fire, set on them by thugs who infiltrated the #EndSARS protesters

“Also, it will make our work harder now because we will have to enhance our patrols in order to cover more grassroots areas that are normally covered by the burnt stations before.

“I doubt if some of the grassroots stations will ever function at full capacity again, taking into consideration the damaged vehicles and computer equipment that have been lost,” the officer said.

Mr Adejobi said that several reports had reached the command, alleging that hoodlums are attacking various neighbourhoods unabated as a result of the breakdown of law and order.

NAN reports that last Wednesday, hoodlums took advantage of the breakdown of law and order to loot at Karonwi Avenue, Itire, Surulere.

A NAN correspondent observed that the looting started around 8.30 p.m. till midnight as several shops and houses were broken into and goods worth millions of naira carted away.

Mr Adejobi said that the command, normally, on receiving such complaint, would direct the police station nearest to the area to quell whatever violent force was threatening the peace of the residents.

“However, the police have suffered a lot of damage, therefore, cannot quickly re-enforce officers to such areas of unrest because our vehicles and tools of operations have been destroyed,” he said.

The police officer also said that the morale of police officers across the state has dropped because of the psychological effects of watching their source of income go down the drain.

Mr Adejobi urged youth to put an end to the protest which he said had been hijacked by hoodlums to engage in inter-rival gang war and looting with impunity.

“Every aspect of the economy has been put on hold, and a lot of repairs and catching up will have to be done once normalcy is restored,” he said.