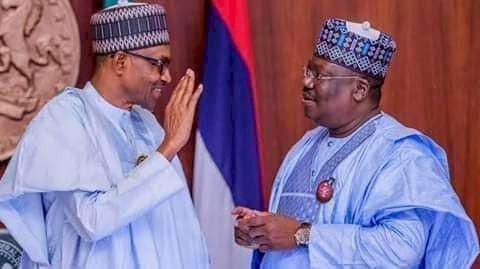 President of the Senate, Senator Ahmed Ibrahim Lawan has asked supporters of the All Progressives Congress (APC) across the country to embrace the spirit of unity for the success of the party and good governance.

Ahmed Lawan says democracy is all about participation and inclusiveness, hence the need for every Nigerian who has reached eighteen years to be given chance to register as a member of a party.

Senator Ahmed Lawan explained that the APC has enough space to accommodate hundreds of millions of Nigerians who are willing to join the party.

According to him, membership registration should, therefore, be a continuous exercise so that people whose ages were not up to the required age today will have their own chance tomorrow.

The President of the Senate used the medium to commend Governor Mai Mala Buni and Caretaker Chairman of APC National Convention/Extraordinary Committee for reconciling aggrieved members of the party in the Country.