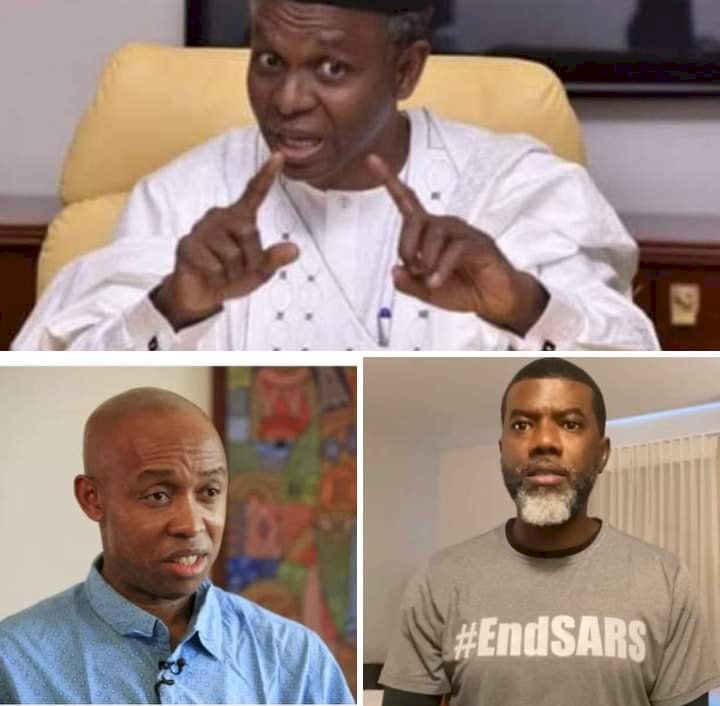 Governor Nasir El-Rufai of Kaduna State has sued former media aide to former President, Goodluck Jonathan, human rights activist, Professor Chidi Odinkalu and other activists in a N1.5 billion defamation suit.
In the separate suits filed by his lawyer A.U. Mustapha (SAN) before the FCT High Court, El-Rufai also joins as defendants, Thisday Newspaper, Daniel Elombah, Elombah Communications, Barrister Joseph Onu, and Auta Nyada.
In the case against Omokri, El-Rufai contends that statements contained in his publication titled: ‘El-Rufai’s email saying southern women youth corpers are seen as whores’ which was published by Thisday newspaper on Sunday 14th of June 2020 is injurious to his reputation, adding that it is “malicious, unwarranted and defamatory”.
The governor demanded the sum of N500 million in damages and an apology published in the newspaper.
In the suit against against Odinkalu, Daniel Elombah and Elombah Communications, El-Rufai contends that the publication titled: ‘Litany of 25 critics who have suffered at El-Rufai’s hands compiled by Chidi Odinkalu’ which was published in Elombah.com on Wednesday September 2, 2020 is “malicious, unlawful and without any justification.”
He demanded the sum of N500 million in damages and apology for the “defamatory and greatly injurious to his reputation.”
El Rufai also argued that the letter written by Joseph Onu and Nyada dated August 19, 2020 titled: ‘Request to withdraw the offer of platform at the 2020 Annual General Conference of the Nigerian Bar Association (NBA), Malam Nasir El Rufai’ addressed to Prof. Koyinsola Ajayi, SAN, in his capacity as the Chairman, Technical Committee on Conference Planning (TCCP) Nigerian Bar Association and copied to DR. Olisa Agbakoba, SAN, Chairman, Board of Trustee, Nigerian Bar Association and Mr. Olumide Akpata, the then President-Elect of the NBA and published in the media, is “defamatory and greatly injurious to the reputation of the claimant.”
El-Rufai also demands an apology and the sum of N500 million in damages.
Meanwhile, no date has been fixed for the hearing

Femi Adesina: Abaribe Should Have Been Jailed When Nnamdi...

‘How Man Raped, Injured Girl Inside Cashew Farm In Kwara’