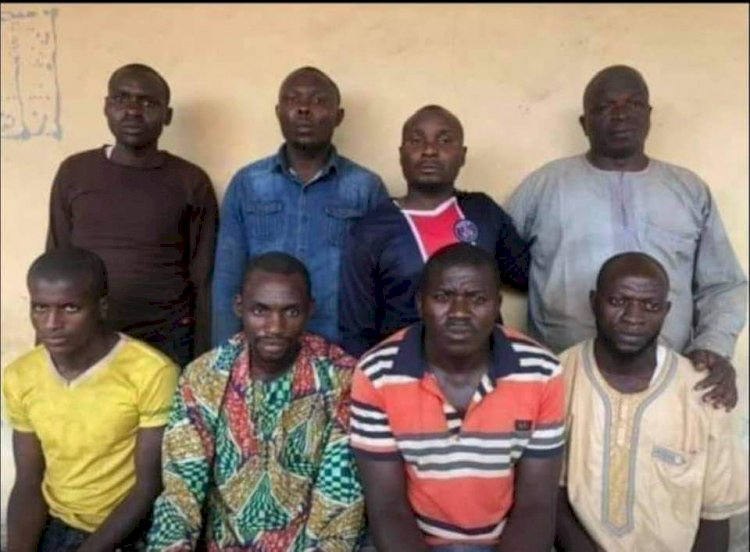 Operatives of the Intelligence Response Team of the Inspector General of Police have arrested no fewer than eight persons in connection with the kidnap of the father of a former Governor of Plateau State, Joshua Dariye.

It was gathered  on Thursday that the suspects were arrested after the operatives swooped on them at various locations in Bokkos and other parts of the  state.

Some residents in Bokkos told our correspondent that the suspects, including a “civil servant and another prominent person” in the council area had been moved to Abuja.

One of the residents, Bulus Ilya, said, “You know that Pa Dariye has been missing and whether he is still alive or not is something one cannot really say.

“So, last week, the IGP operatives stormed Mushere community in Bokkos LGA and arrested some of the residents, including some relatives of the former governor.

“We later discovered  that the operatives also went to Pankshin and Jos and picked more people. I can tell you that no fewer than eight persons were arrested and taken to Abuja for over the disappearance of the former governor’s father.”

The Chairman of the Bokkos Local Governement Area, Chief Yusuf Machen, was not available to speak on the matter.

However, the spokesman for the state police command, Ubah Ogaba, said, “The operation was carried out in conjunction with our men from the state command but if you need more information on the matter, you can contact the police headquarters in Abuja.”

Recall that Pa Dariye,said to be over 90 years, was abducted in June last year.

A few days after his abduction,  sources said the kidnappers demanded N100m ransom.

Drogba My education does not allow me to respond to El...