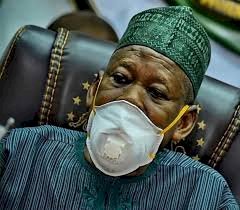 There are concerns in and out of Kano that the coronavirus pandemic may have been responsible for too many deaths of illustrious sons in the last 24 hours.

Confirmation of this is for now impossible as the COVID-19 Testing Centre shut on Wednesday is yet to resume.

But there is palpable concern at the rate people have been dying.No fewer than 13 people reportedly died in 24 hours.

Mere coincidence? No one is sure anymore.

Economic icon, Prof. Ibrahim Ayagi was among those who died.

He was 80 years-old and had been ill for sometime. He was the former Managing Director (MD) of the Defunct Continental Merchant Bank.

So was the Regional Manager of First Bank in Kano, Abdullahi Lawal. His own case was linked with COVID-19, based on the symptoms he had before his death.

Others are Dr. Musa Umar Gwarzo; and Ustaz Dahiru Rabiu, who is a former Grand Khadi of Kano State and Captain Abdullahi Gyadi Gyadi.

They all died between Friday, 24 April and Saturday, 25 April.