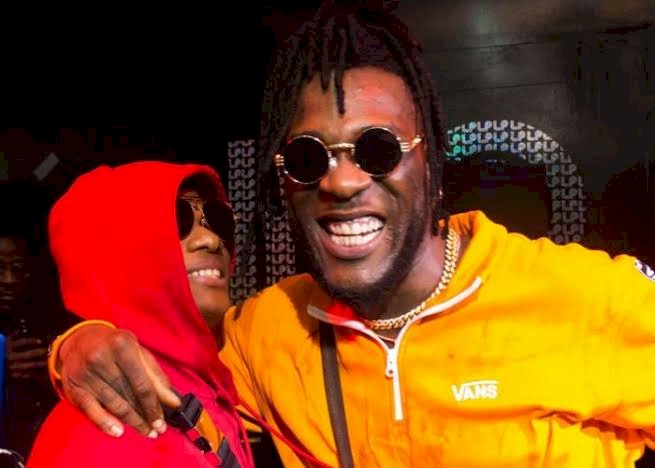 The artists who are fresh off hugely successful album releases will be making live appearances at the first-ever hybrid live concert in Lagos.

Burna Boy is still reeling off of the excitement of his Grammy Awards nomination, under the World Music Album category alongside other entertainers like Antibalas, Bebel Gilberto, Anoushka Shankar and Tianariwen courtesy of his latest album “Twice As Tall”.

Second year in a row

This is the second year in a row that Burna Boy is getting a nomination in this category. Wizkid on the other hand got nominated for his feature on Beyoncé’s ‘Brown Skin Girl’. The song’s video is nominated for Best Music Video.

The singer and songwriter assured that music lovers and fans watching online and offline will be treated to his best-performance yet.

The physical events will feature limited seating in line with COVID-19 restrictions. Tickets and access to the livestream will, however, be made available via Livespot Nation.

“This year has been tough on everybody, but we all recorded some wins in one way or another,” the artist said.

“I want my fans to experience the best live concert in recent memory, and I’m looking forward to making that a reality,” Wizkid said.

With no other major concert to look forward to this December, fans have a lot to expect from Livespot X-Clusive.

The concert will also feature other music superstars like Dare Art Alade aka Darey, Yemi Alade and Simi as co-headliners. The lineup also includes Cuppy, Rema, Omah-lay and Reekado Banks to name a few.

The event which will be the first-ever live hybrid concert in Nigeria will host a select few physically at Eko Hotel and the rest of the world will get a chance to stream the concert live on Livespot Nation.

According to Deola Art Alade, CEO, Livespot360, producers of Livespot X-Clusive, “The event is going to be a fusion of incredible live performances; music, festival quality sound, impressive lighting, special acts, and immersive experiences, all rolled into one high-octane event which promises to deliver an unprecedented level of quality which Livespot360 is known for. We’re very excited and grateful for the opportunity to keep bringing Nigerians the very best of entertainment.”

This event marks the second event Livespot360’s entertainment division Livespot X will be producing and the first event Multi-platinum Afro-soul star Darey will be performing at in five years.

A2 the fulani King is ready... After Anniversary Funds...