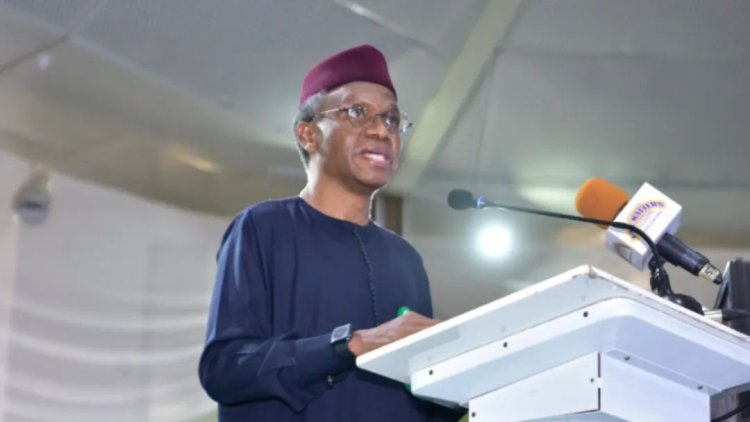 Governor Nasir El-Rufai of Kaduna State on Wednesday said the governors of the All Progressives Congress discovered a grand conspiracy between the lawyers of the ousted   Chairman of the APC Caretaker/Extraordinary Convention Planning Committee, Mai Mala Buni; and some fifth columnists to postpone the national convention of the party through a court injunction.

El-Rufai further revealed that after the governors discovered this plan, they informed the President, Major General Muhammadu Buhari (retd.), on Sunday who ordered the immediate removal of Buni and the installment of Governor Abubakar Bello of Niger State as the acting chairman.

The Kaduna State governor said these on Channels Television’s ‘Politics Today’ programme, adding that the plan was to postpone the convention till May which coincides with the deadline set by the Independent National Electoral Commission for all political parties to conduct their presidential primaries.

He said the court injunction which was obtained in November last year, was never challenged by Buni. Rather, Buni’s lawyers agreed with the position of those who instituted the suit.

El-Rufai stated, “We got to know of a court order last year. It was obtained in November. A member of the party went to court to say there must not be a convention until his case against the party is disposed of which can take months or years and the lawyers of Buni went to court and agreed with the person and nobody knew about this order.

“It was a hidden nuclear weapon to destroy the convention which further made us believe that there are fifth columnists in the party that want to bring this party down because if we don’t have (convention) and we go ahead with the primaries we might likely have our candidates lose all their seats as the case in Zamfara.

“We reported to the President that no action had been taken on the order. He said the Niger state governor must take over on Monday and we should use whatever legal means necessary to make sure that the convention is delivered.”

El-Rufai further stated that at least 19 out of the 22 APC governors as well as the President were firmly behind Bello as the new caretaker chairman of the party.

He said there were about two governors who were still backing Buni, adding that they were the ones sponsoring fake news.

“Bello has the President’s full backing and the backing of at least 19 of the 23 progressive governors and deputy governors. There are some governors not fully on board and are the ones planting fake stories. Since Monday he took over, we have substantial progress,” said the governor.

El-Rufai said the President had signed off on some recommendations including the issue of zoning but the Secretary of the caretaker committee, Senator John Akpanudoedehe, refused to take instructions from Governor Bello who is acting chairman.

The Kaduna governor said Akpanudoedehe, who has continued to issue statements insisting that Buni remained chairman, would be dealt with when the time is right.

He added that the National Executive Council meeting, which is the highest decision-making body of the party, would be meeting next week along with the 22 APC governors, Vice-President Yemi Osinbajo and Buhari who would be joining the meeting virtually.

The governor said all the APC governors had relocated to Abuja and would continue to work round the clock to ensure that the convention holds on March 26.

DEWI ANG, is a lovely song that talks about a distance relationship between couples...

Dr Ahmed Bola Asiwaju Tinubu is From Maiduguri Not Lagos_Sarkin...