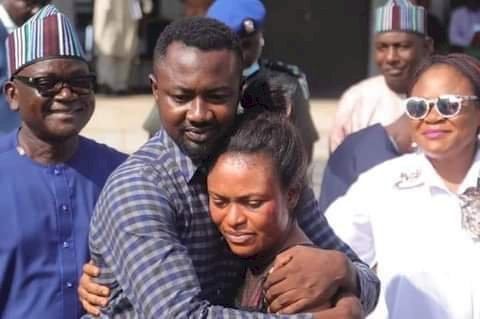 Governor Ortom who met with the couple today, counselled them to always settle their differences amicably and shun the temptation of engaging in violence.

He stated that as a young couple with great potentials, the husband being a versatile journalist and the wife a medical doctor, there was the need for them to foster a strong union to serve as models to others.

Mr. Pius Angbo in a reaction said he had apologised to his wife over the assault on her, stressing that he also sought the forgiveness of the entire women folk and would make amends going forward.

On her part, Dr Angbo said she had accepted her husband's apology and forgiven him, saying their children are still tender and they needed prayers to grow stronger in love and nurture their kids to maturity.

She appreciated Governor Ortom for taking time out of his very tight schedule to make peace between them, saying the Governor’s intervention was fatherly and a demonstration of love for them.