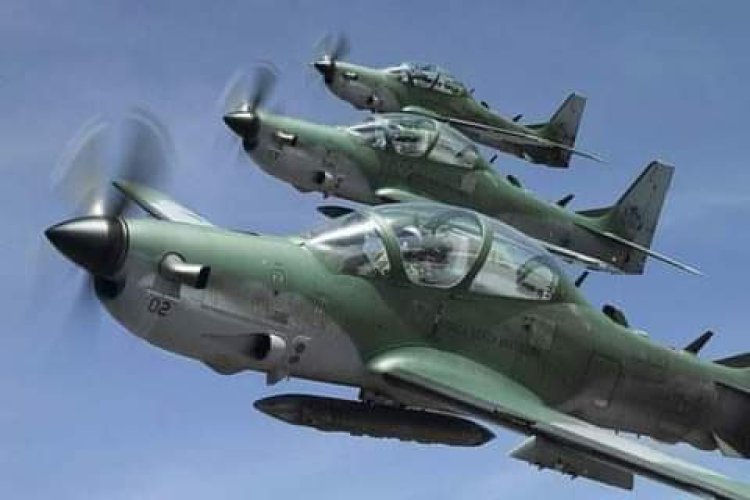 The Special Forces and Air Task Force of the Nigerian Military have thwarted an attack by terrorists of the Islamic State of West Africa Province, ISWAP, on security formations and civilian population at Buni Yadi town.

The troops, PRNigeria learnt, were deployed to repel some ISWAP fighters who stormed Buni Yadi, a major town in Yobe State, on Tuesday evening.

The ISWAP insurgents invaded the Yobe town around 5pm.

The terrorists completely razed down a police station, prior to the intervention of military troops, the sources disclosed.

PRNigeria gathered that the terrorists had initially stood their ground, refusing to leave the Yobe community, despite the massive deployment of the Special Forces troops.

According to a military intelligence source, the ISWAP fighters engaged the troops in what appeared to be a ‘serious’ gun battle.

“They, however, succumbed, and took to their heels when they saw a Nigerian Air Forces (NAF) Super Tucano jet hovering in the sky,” he said.