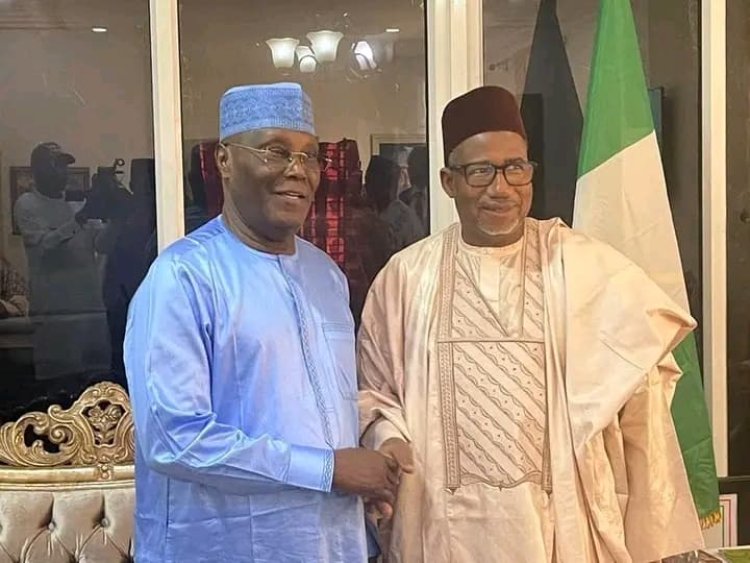 The Bauchi State Governor, Senator Bala Mohammed, has led a delegation of Bauchi State stakeholders of the Peoples Democratic Party (PDP) on a courtesy visit to the party’s presidential candidate Atiku Abubakar in Abuja.

The visit according to the governor’s New Media aide, Lawal Muazu Bauchi, is to honour an invitation by the National Chairman of the Party, Iyorchia Ayu.

Mohammed, who was recently named the vice-chairman of the PDP Presidential Campaign Council had sent protest letter with reference number, GH/OFF/09/V.I, and dated November 3, 2022, claiming that he was “excluded from the activities of the PCC” as it relates to his office.

The letter addressed to the party chair, read in part, “I was deliberately sidelined from the reach-out campaign of the PCC in Kaduna, which interacted with major stakeholder groups and the northern political establishments such as the Arewa Consultative Forum, Northern Elders’ Forum, Sadauna Foundation, Arewa Research and Development Progress, etcetera.”

The governor said their major discussions during the visit were issues relating to the progress of the party.

“Today, I led a delegation of Bauchi State stakeholders of the Peoples Democratic Party (PDP) to Abuja on a courtesy visit to the PDP Presidential Candidate, Alhaji Atiku Abubakar. Key to our discussion were issues relating to the progress of our great party,” Mohammed said via his verified Facebook page.

Members of the delegation were Senators Bala Kariya and Adamu Gumba, Speaker of the State House of Assembly Abubakar Sulaiman and PPS, Samaila Burga.

Mane injury 'not too serious' ahead of World Cup, says Bayern assistant coach