Bala Mohammed Rules Out Plan To Dump PDP For APC 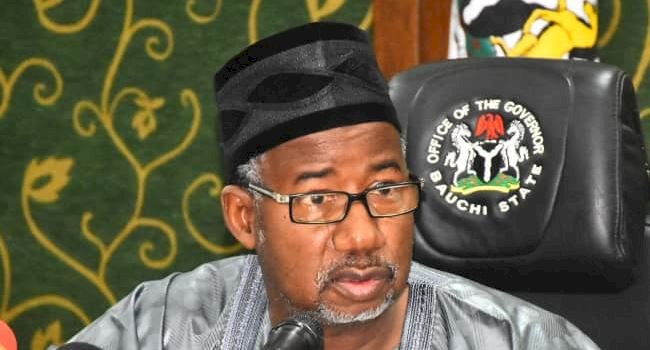 In a statement on Friday, the governor’s media aide, Mukhtar Gidado, faulted the report that his principal was among three opposition governors negotiating to join the ruling party.

“We wish to state that the story is disingenuous speculation driven by a clear marketing urge, to feed the appetites of readers whose hunger for salacious political news has been fuelled by the movement of the Ebonyi State Governor, His Excellency, Engr. Dave Umahi, to the APC and the spate of political alignments and realignments, in the country,” Gidado said.

He added, “We wish to state that His Excellency, Senator Bala Mohammed, has never contemplated leaving the PDP, let alone joining the APC.

“Rather, he is presently preoccupied with fulfilling those campaign promises, on the basis of which the good people of Bauchi State supported him to defeat an incumbent administration.”

Gidado noted that the division between the Legislature and the Executive in the state, as each was controlled by different political parties.

He stated that despite the difference, both arms of government have constructed a novel bipartisan arrangement whereby the government of the state was jointly run, in the war against hunger and other challenges in Bauchi.

“To any patriotic politician, a huge challenge of this nature calls for full-time engagement and not political fortune-hunting.

Based on the above, Governor Bala Mohammed considers talks about decamping to another party and all the permutations about 2023, in the first place, as unwholesome distractions,” the governor’s aide stressed.

He described the claims of planned defection as premature and the height of insensitivity to the yearnings of the electorate for transformational change that would improve their living.

Governor Mohammed, therefore, asked his supporters, members of the PDP, as well as residents of Bauchi to ignore the report.

He also reassured them of his administration’s resolve to ensure the good life for all residents irrespective of their party affiliation, gender, tribe, or creed.