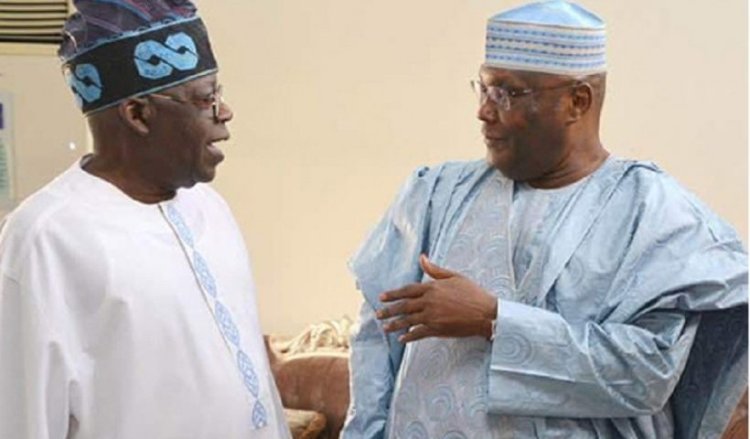 Providence has come for Bola Tinubu – with a basketful of beautiful promises. Against vigorous high-level conspiracy, he prevailed to become the presidential candidate of the All Progressives Congress (APC). For what it is worth, Jagaban has shown an uncanny ability to build consensus and mobilise consciences towards a cause.

Jagaban’s victory is deserving. He has watered many seeds which have burgeoned. He has nursed many fledging political careers to maturity. He has created opportunities for many who were without a compass. He has invested his life and resources in building people. And he gave oxygen to the APC, machinating the deracination of an incumbent president at a time everyone thought it was impossible.

But can Tinubu be that unifier of a sundered Nigeria needs? What are his antecedents as regards respect for diversity and sensitivity to inclusion? As governor of Lagos, Tinubu had a diverse cabinet; in fact, he is reputed to be one of the few governors who appointed non-natives, including Igbo citizens, to their cabinet at the time — when bringing non-indigenes into state cabinets or government positions was unstylish.

However, Tinubu’s very obvious circumvention of the south-east during his tour of states for APC delegates’ support ahead of the presidential primary election is stoking concerns and fears of a reprise of the current policy of exclusion against the region if he becomes president.

Jagaban is also reported to have made scathing comments about the Igbo in the past, and he is accused of being a tribesman – and not a statesman. Tinubu must understand the enormity of the office he is seeking, and should begin now as presidential candidate to show the prospects of unifying a diverged country.

The reality is, the government of President Muhammadu Buhari mismanaged Nigeria’s diversity. Buhari made no pretension about his insular intentions when he infamously declared, ‘’those who gave me 97 percent votes cannot honestly be treated the same way as those who gave me five percent votes’’, shortly after winning the 2015 presidential election. Nigerians and the south-east do not want a rehearsal of this deliberate policy of exclusion.

Tinubu showed his expansiveness as Lagos governor. He was generous and amiable towards Igbo citizens and their businesses in the state. Jagaban should reconnect to his innate nationalist if in any way experiences of the past years sullied his trust in divergent humanity.

There is a strong feeling of disconnection by the Igbo from the rest of Nigeria. And rightly so. With the return of democracy in 1999, the south-west held the office of the president for eight years, and with the coming of Buhari and a deputy from the south-west, the zone will have held the vice-presidential position for eight years by 2023.

By the same token, former Vice-President Atiku Abubakar became presidential candidate of the Peoples Democratic Party (PDP) against the demand for an orbiting in the current geography of power.

So, the feelings of exclusion by the Igbo are not out of place. Like Ogbonnaya Onu and Hope Uzodimma (both APC leaders from the south-east) said, justice has not been done to the Igbo. It was by the sheer emotional burden of this fact that some of them worked for a return of the APC presidential ticket to the north. The permutation was, if the north returns to central power in 2023; the region can only do eight years, and the power pendulum swings back to the south, preferably to the south-east. But if it goes to the south-west in 2023, it could take 16 or more years for the south-east to produce Nigeria’s president.

It is important that the presidential candidates of these two leading political parties begin now to show prospects of inclusion and of sensitivity to diversity in their dispositions, plans and policy paradigms. It is important that they show there will be no perpetuation of the present exclusivist proclivities which deepen national strife and insecurity.

The two leading candidates – Atiku and Tinubu — should reach out to the south-east, their traditional rulers, political leaders and everyday citizens with genuine intentions and plans of bringing them into one composite fold where all Nigerians can exist under justice, equity, peace and harmony. No one should be excluded.

Also, the south-east should by now have learnt from the perils of political naivety and unrequited loyalty. I suggest, they should be fair and equitable in their support for Atiku, Tinubu or Peter Obi. What is sauce for the goose should be sauce for the gander. Scorched-earth politics will only leave the land barren.

In this contest of capricious interests, may Nigeria not suffer.

Nwabufo; Nwabufo is a writer and journalist.

2023: You Are No Match For Atiku, PDP Taunts Tinubu