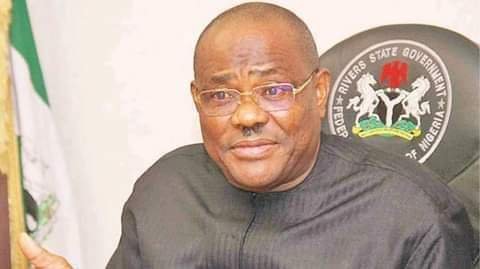 Rivers State Governor, Nyesom Wike, has called on the United Nations and other world bodies to mount pressure on the President, Major General Muhammadu Buhari (retd.), to conduct a free and fair elections in 2023.

Wike urged the United Nations agencies in particular to continue to advocate for a free, fair and transparent electoral process in Nigeria.

Wike stated this during a Working visit by the United Nations Resident and Humanitarian Coordinator, Edward Kallon, at the Government House in Port Harcourt.

Wike who spoke through his Deputy, Ipalibo Harry-Banigo, said Rivers State believes that strengthening democratic Institutions was the way to go.

He stated, “In all our activities, we always operate democratically. In the last two Local Government elections we have had, we had inclusiveness of women not only as Vice Chairmen, but also councillors.

“We believe strongly that we have to support democratic institutions in Nigeria, and demonstrate it here in Rivers State, where we have the opportunity to do it, and also to develop strong institutions in education, health, infrastructure and in human capital development.”

The Governor expressed regrets that at a time when the country was moving on digital form, she could not pass an electronic transmission of results, which, according to him, would curb insecurity in the country.

Governor Wike who insisted that his administration was interested in the socio-economic development of Rivers People, expressed delight for the partnership between the State Government and the UN.

He thanked the United Nations Resident and Humanitarian Coordinator and his team for their selfless service in the State.

He said such partnership, at present, will address the impact of the COVID-19 pandemic and accelerate implementation of the Sustainable Development Goals to build back better; and continue to create durable solutions for economic transformation in the State, adding that several UN agencies have on-going programmes in Rivers State.

The UN envoy commended the Governor for his administration’s commitment to better the lots of the Rivers People.