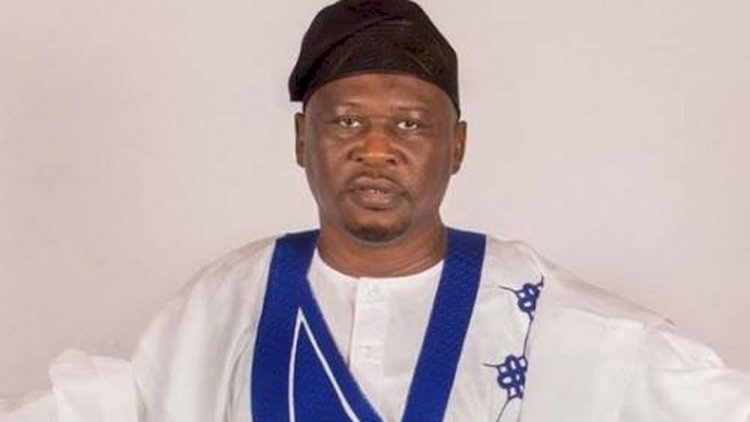 one of the local government chairman of reformed People’s Democratic Party (r-PDP) in Jada Adamawa, Babajada sarki has faulted the 13% interest rate and 0.5% management fee attached to a fresh loan request of N17 billion by the Ahmadu Umaru Fintiri led state government saying it was criminally high.

Babajada who frowned at the habit of leaders going cap in hand to look for loans instead of creating wealth noted that until the people rise to the challenge, and stand against bad leadership, unscrupulous leaders will bury the future generation under the weight of heavy debt.

He called on the people to reject the move of the government for the fresh loan if it refuses to negotiate for lower interest and service rates.

Government must discourage the habit of taking loans and device means of creating wealth for the state thereby assuring the future of the state than burying our future generations under the weight of debts and loans.

” The people of Adamawa State must take keen interest in how they are governed beyond simply going to the polls to cast their votes after every 4-years or else we ran the risk of waking up one day to find out that our common wealth and inheritance have been taken over by our creditors of loans that we have no idea of how and when they were acquired or less still expended. By then it’ll be too late and our children will not forgive us for our docility,” he said.

Sarki noted that as a matter of urgent necessity, “the government must outline in details what these ‘development projects’ are as justification for this loan request and must outline in details how these loans would be serviced and be paid back.”
He called on the government to as a matter of necessity, tabulate the accumulated debt profile of Adamawa State and explain to Adamawa people the basis for the present loan request adding that all loans that are consumptive and not revenue generative must be rejected.

chairman Sarki was reacting to the request of N17 billion loan, governor Ahmadu Umaru Fintiri forwarded to the state house of assembly Tuesday to enable the government carry out some “critical projects” across the state although the projects were not explicitly explained.