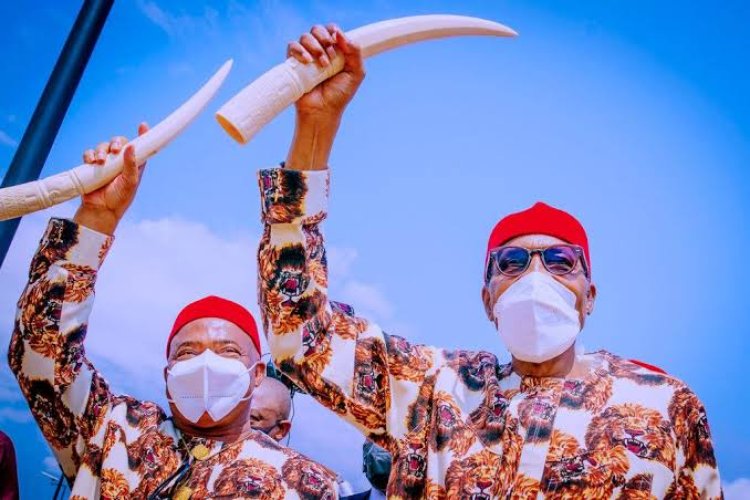 Shops, markets, fuel stations were shut during the visit which coincided with the sit-at-home order of the proscribed Indigenous Peoples of Biafra (IPOB).

IPOB had warned residents to stay at home as its leader, Nnamdi Kanu, is scheduled to make a court appearance in Abuja.

Since Monday, residents have stayed in doors. However, this did not deter the president from visiting.

The President’s plane landed at Sam Mbakwe Cargo Airport by 10.46 am.

On hand to receive him were Governor Hope Uzodimma, top government officials and traditional rulers.

The president after inspecting guard of honour mounted by the armed forces boarded a chopper to Orlu to inaugurate the Owerri Orlu road. He was accompanied by his host, Uzodimma.