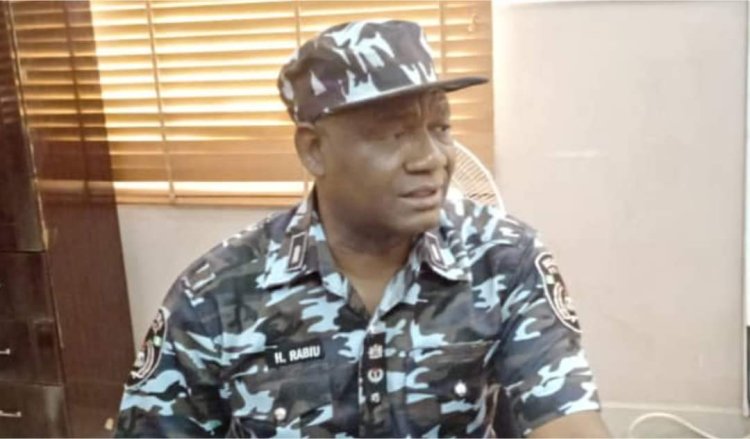 The Imo Police Command has accused the proscribed Indigenous People of Biafra, IPOB, and the Eastern Security Network, ESN, of carrying out the attacks on the Isiala Mbano Police Station at about 1844 hours of yesterday evening.

The command also confirmed that no life was lost but that one of the police operatives sustained gunshot injury and was rushed to a nearby hospital for treatment.

Narrating the incident on Friday, the Commissioner of Police, Imo State Command, CP Rabiu Hussaini said armed bandits suspected to be IPOB/ESN terror group came to Isiala Mbano Police Station in about five vehicles and three motorcycles, threw petrol bombs on the roof of the already damaged building in the EndSARS imbroglio and started shooting indiscriminately.

The Commissioner said gallant police operatives attached to the station returned fire, engaging them in a gun duel.

He said they were able to repel the bandits and that in the process they zoomed off in their vehicles and motorcycles.

The Police Chief said, “Due to the gallantry of the police operatives no arm was lost. The fire was extinguished not after causing some damages on the building.

“The command’s tactical teams have been dispatched to the area in pursuit of the bandits and to beef up security in the area.”

The CP commended the officers and men of the division for their gallantry and urged them to sustain the tempo.

He thanked Imolites for their undaunting support and enjoined them to work in synergy with the police and other security agencies to combat crime and protect their police stations.

JOE IGBOKWE: WHEN IT’S A CRIME TO LOVE BUHARI, NIGERIA AND IGBO LAND