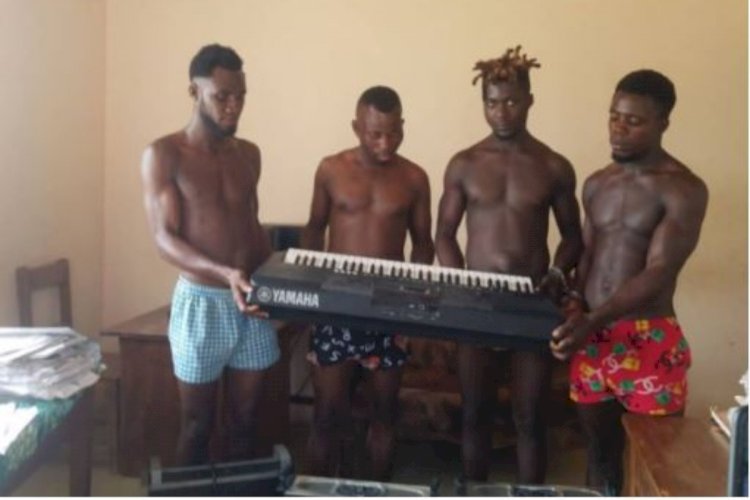 4 men involved in a burglary case at a church have been detained at Akyem Ofoase Police in the Eastern Region of Ghana.

According to the police, the four suspects broke into The Assemblies of Church and Open Bible Church, both in Akyem Ofoase and stole the churches’ keyboard instruments and amplifiers.

The suspects identified as Kofi Adu, a 30-year-old driver, Stephen Frimpong, a 27-year-old farmer, Anane Blabo, a 25-year-old illegal miner operator and Bismarck Adu, a 25-year-old jobless man were arrested for making away with church instruments.

Akyemansa District Police Commander, DSP Ransford Nsiah told Adom News that after the convicts carried out their operations, they took the stolen goods to Akyem Oda, where they were caught by some residents for trying to sell the products.

He further added that they will be arraigned before the court on Friday, January 15 where their fate will be decided.

France will not allow anyone to challenge Chad’s stability...

Niger Calls on Nigeria for Military cooperation to curb...