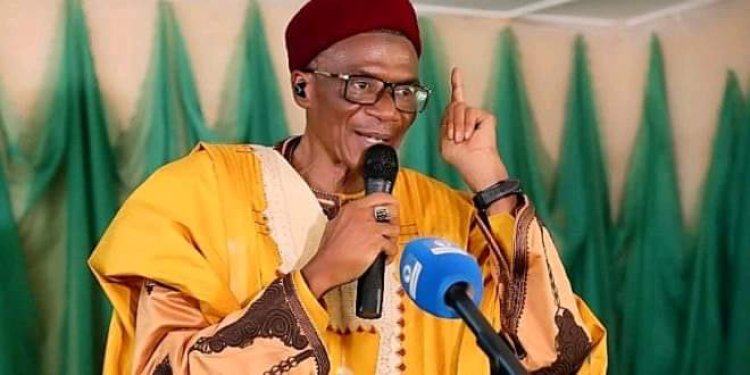 The Coalition of Northern Groups has raised concern over the adopted method of Igbo Elders’ Consultative Forum and other groups clamouring for the emergence of a president of South-East extraction, saying the manner of their agitation was very wrong.

The Pan-Arewa socio-political organisation also alleged that the Igbo elders constituted a serious threat to national security with their recent warning that any attempt to elude the South-East geo-political zone of the presidency in 2023 would rupture Nigeria’s corporate existence betrayed their desperation.

The CNG therefore, called for the immediate arrest and prosecution of IECF members led by former governor of Anambra State, Chief Chukwuemeka Ezeife, for threatening the nation, its institutions and the people.

The Spokesperson of CNG, Abdulazeez Suleiman, said these during a press conference on Thursday night.

He also knocked other Igbo leaders who, according to him, are thirsty for the zone to produce Nigeria’s next president for allegedly seeking to tamper with the nation’s criminal justice system by pressuring for the unconditional release of the leader of the Indigenous People of Biafra, Mazi Nnamdi Kanu.

There have been intense political posturing, permutations and fireworks, especially as the eight-year tenure of the President, Major General Muhammadu Buhari (retd), who is from the North-West, winds down.

But the CNG argued that the continued resort to attacks on agents and symbols of the Federal Government of Nigeria in the South-East have deepened the fears that the Igbo cannot and should never be trusted with presidential power and rendered their renewed desperation for the Igbo presidency suspect.

Suleiman said, “The Coalition of Northern Groups has taken stock of events in Nigeria, particularly in the past few months when our democracy, political unity and national security have come under serious scrutiny, noting especially, the unrelenting violent disturbances created around certain interests of the Igbo people.

“This is confirmed by the utterances and actions of such Igbo leaders as the former Governor of Anambra State and Chairman of the Igbo Elders Consultative Forum, Chukwuemeka Ezeife, when he threatened the continued existence of Nigeria during a condolence visit paid to him by Igbo leaders of thought and traditional rulers on April 5, 2022.

Similarly, groups of Igbo leaders and elders have engaged in desperate covert and overt efforts to secure the unconditional release of Nnamdi Kanu, leader of the IPOB terror group standing trial for crimes against the state.

“As if these were not enough, same group of Igbo elders again recklessly issued a national security threat on May 4, 2022, that any attempt to elude the zone of the presidency in 2023 may rupture the existence of Nigeria as a corporate entity as well as aggravate crisis, conflicts, separatist demands and others.

“The CNG observes that the perpetrators of this senseless violence are relentlessly pursuing the agenda of destruction and collective mayhem, fervently hoping it will engulf the entire country and bring about another civil war and mass killings.

“This has deepened the fears that the Igbo cannot and should never be trusted with presidential power and rendered their renewed desperation for the Igbo presidency suspect.

The foregoing observations have made it impossible for us to remain indifferent or silent in the face of such extreme provocations and insistent drive towards civil strife.

Suleiman, however, maintained that the CNG would remain committed to the search for a Nigerian leader with the capacity, competence and credibility to be trusted and accepted by all Nigerians.

“The CNG also recommits to the pursuit of a legal framework for the conduct and implementation of a general referendum to determine the status of the South-East or any enclave that wishes for self-determination from Nigeria,” he added