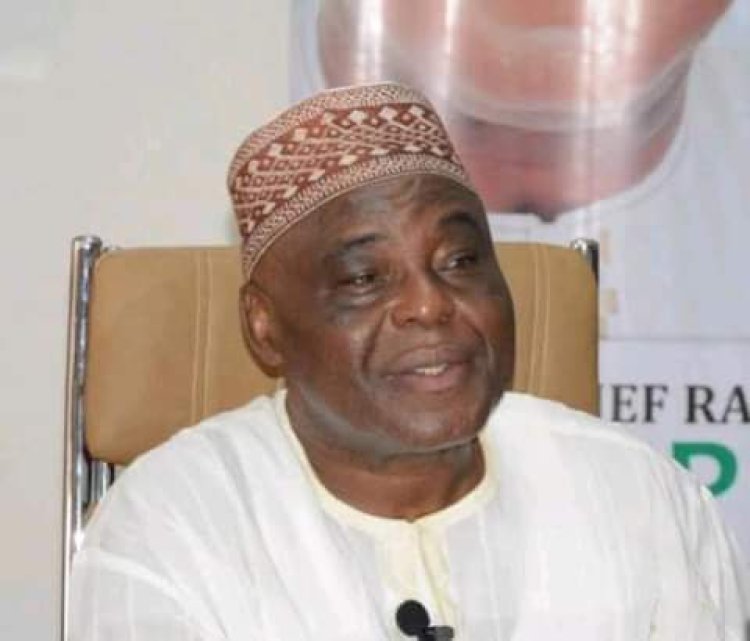 The leader of the technical committee for the Atiku Abubakar presidential campaign, Chief Raymond Dokpesi, has solicited support for a one-term presidency for Atiku Abubakar.

He said if Atiku is elected for a single term of four years, it will pave way for the South-East to produce the president in 2027.

Dokpesi, who spoke in Umuahia the Abia State capital on Monday, maintained that Atiku, who hails from the North-East Geo-political zone, was the right person to wrestle power from the All Progressive Congress-led Federal Government.

He was at the state Secretariat of the People Democratic Party for consultations with the party leaders in the state.

Dokpesi revealed that the PDP zoning arrangement was not honoured during the 2015 presidential election. Consequently, the party went into the election with a divided house which it lost.

He argued that the PDP has to give the North another chance to complete its fours years in the presidency in order to wrestle power from the APC in 2023.

He assured that the PDP will zone the presidency to the South-East and ensure that the zone produces the president in 2027.

He said, “Our party believes in rotation of the office of president between the North and South for two-term of eight years.

“That was why former President Olusegun Obasanjo handed over to Late Umaru Ya’Adua, but after his death, former president Goodluck Jonathan took over and completed his first term.

“Jonathan, also ask for another four years which was given to him, but when he started asking for another term in 2015, the North felt it was against the zoning agreement of the party.

“So we went into the election with a divided house and we lost. That is why we have reasoned that for us to wrestle power from APC, we need a strong presidential candidate from the North.

“Since it is believed that the North-East and South-East are the two geo-political zones that have not produced a president. We felt that Atiku, coming from the North-East, is a strong candidate for the job.”

The PDP chairman in the state, Chief Alwell Asiforo, assured the team that the party was open to listening to all those with aspirations who visits the state for consultation.

My Refinery Will Kick Off Before September – Dangote