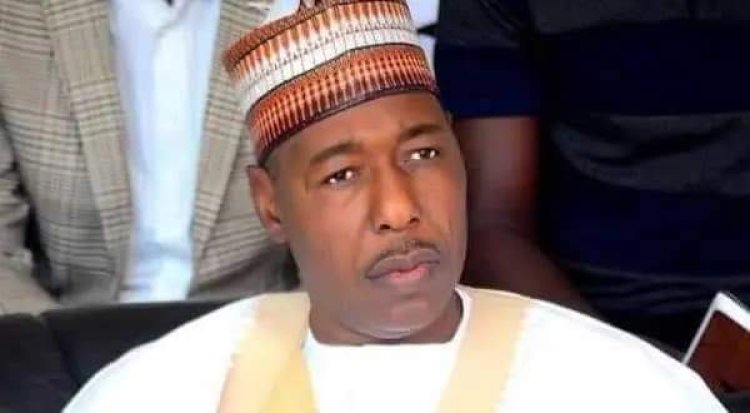 Borno State Governor, Professor Babagana Umara Zulum has said that critical stakeholders of the All Progressives Congress (APC) are working towards a consensus that would present an acceptable and credible candidate to consolidate national unity in the forthcoming presidential primaries and other elections.
The governor made this statement when the members of the Progressive Consolidation Group (PCG) paid him a courtesy visit in his office on Friday in Maiduguri.
He said, “We have to identify the right individuals to lead the nation and the task requires governors, party hierarchy and the President working together in concert.”
Zulum noted that Borno state will work with the party’s hierarchy, members of the National Assembly and leaders at ward and state levels to ensure the actualisation of decisions to be made by President Muhammadu Buhari who is the party’s de facto leader.
“Borno state under me will promote unity and all efforts to ensure the success of APC, we shall work with the party hierarchy, our leaders at the National Assembly and our party leaders at ward and state levels, to arrive at best solutions for taking the country forward,” Zulum said.
The governor added, “Individual aspirations may have to be downplayed because we all have to concur with the decision of the leader of our party.”
Earlier in his remark, Chairman of the PCG, Dr Aliyu Rabiu Kurfi told the governor that APC governors and other parties should facilitate a consensus towards making Professor Yemi Osinbajo Nigeria’s next President because of his leadership qualities, good self-discipline, moral qualities and competency demonstrated during Buhari’s absence. He siad, “make Osinbajo the best candidate for APC’s presidential ticket.”
Source Daily trust

Why Tinubu Should Shelve Presidential Ambition For Osinbajo...