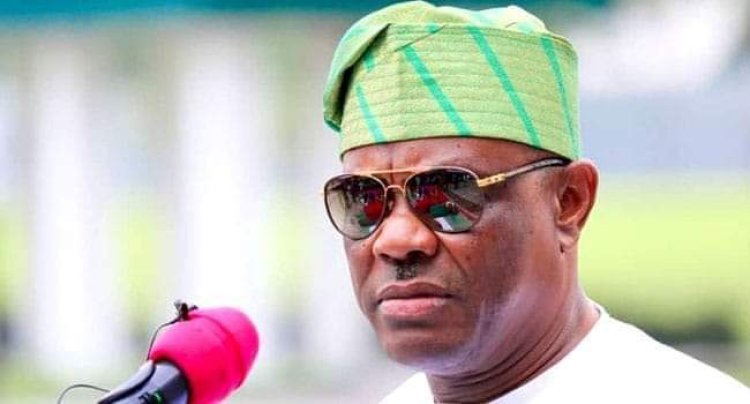 Wike, who is having a running battle with Senator Iyioricha Ayu, National Chairamn of the PDP, said this at the commissioning of a road in Omerelu community in Ikwerre Local Government Area of Rivers, on Thursday.

The governor was responding to recent comments by Ayu that those asking him to step down were children.

In an interview with BBC Hausa, Ayu had said, “I have not violated any rules; in fact, I am working to bring reforms to the party. I am truly not bothered by the unnecessary controversy being generated. When we started PDP, these children were not around. They are children who do not know why we formed the party. We will not allow any individual to destabilise our party.”

But in his response, Wike described Ayu as a greedy man who was only after his interest.

He said it was obvious that Ayu wanted the PDP to lose in 2023 and he was willing to assist him achieve that.

“Ayu, you said you founded this party, but you left the party in 2007. You founded a company, you left the company, people stood and brought out the company to what it is today, you have no moral right to still come and claim that you founded that company, you left with your shares. You want to show integrity, you want to show a party to Nigeria that we want to take over, you must convince Nigerians that we have the integrity. You are the driver that will drive the vehicle to convey us to go our destination. That is the victory we are looking for. If the driver has no integrity and cannot show honesty, how do you convince Nigerians? If you tell Nigerians something and cannot do it, is it when you enter into power that you will do it?”

You Send Your Wife To Represent You In Churches That Celebrate Me, Peter Obi Replies...