You Send Your Wife To Represent You In Churches That Celebrate Me, Peter Obi Replies Okowa 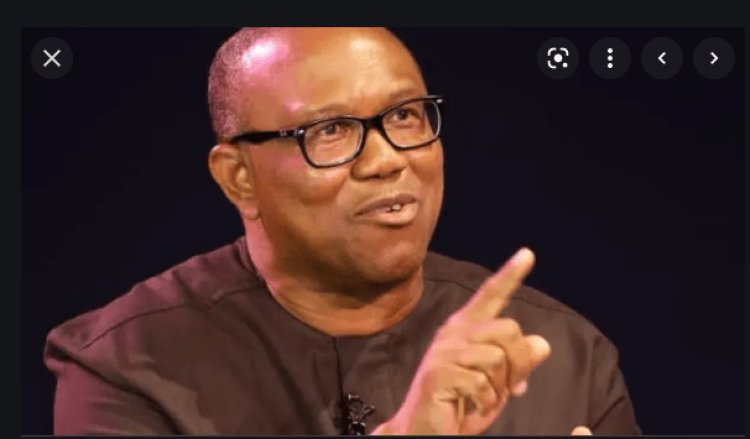 Obi, who is fast gaining popularity, especially on social media, has made several visits to churches, where he was warmly received.

In an interview with Daily Trust and select media outlets on Wednesday, Okowa had said the church should not be dragged into politics.

Reacting, the former Anambra state governor, in a statement issued on Thursday by his campaign media office, Obi-Datti, said Okowa’s accusation was baseless and an attempt to label him (Obi) as belonging to the country’s “primaeval politics, religion, tribe, and geography”.

The statement reads: “Obi was tagged a mere social media blitz, hanging in the air without structure; second, he was labelled an Igbo and IPOB irredentist, and, now Okowa, grieved by Obi’s popularity among the lay faithful now, says he is fanning religious sentiments.

“The truth is that Obi is a driver of a movement whose membership and support cut across all facets of our national life and any attempts to pigeonhole him into any sector will fail. Obi has visited churches even before he became the present run for the presidency. In July 2021, he was at St Mary’s Catholic Church, Karu, Abuja, to attend the 25th anniversary of a priest and the church erupted when he was introduced

“At various weddings in Abuja, Lagos, and, all over the country where he visited, Nigerians celebrated him for what he stood for and what he did when he held public office in Anambra State.

“One of such functions was Dr Okowa’s child’s wedding at the National Ecumenical Conference Centre, Abuja, this year. Celebration of Obi at any public gathering has been there long before he began to aspire for the presidency.

“Recently in Kaduna State, Obi attended a wedding ceremony in a Mosque and his admirers thronged around him in a bid to touch him. Moreover, the Obi-Datti Media Office is privy to the fact that in most of the top public church appearances of Obi, including a recent Dunamis Church outing in Abuja, the Delta state governor was always invited. He either stayed away or sends his wife to represent him and because Obi does not like a rep where the people want him, he strives to show presence despite his tight schedule.

“We don’t expect Governor Okowa to join in this fantasy talk of attack dogs but to use every available avenue he has to market himself and his candidate instead of dwelling in gainsaying anything that concerns Peter Obi of the Labour Party.

“Truth which is glaring and known to even Okowa is that the Labour Party candidate is leading a movement that cannot be stopped or distracted by any side talk because it was prompted by long-standing oppression of the people who are about to be liberated with Obi’s message of hope.

“Taking back the country and rebuilding it is a task that is almost certain as there is no going back. The oppressors have forced the oppressed to pull the trigger and there is going back.”

Shekarau: Kwankwaso Accepted My Proposal Before He Betrayed Me