A former Speaker of the House of Representatives, Dimeji Bankole, has purchased the presidential expression of interest and nomination forms of the All Progressives Congress to contest for the 2023 presidency. 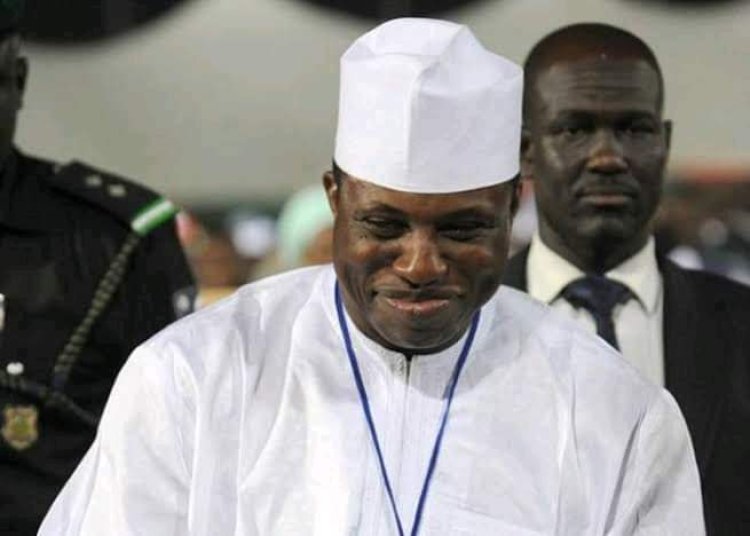 He said the former Zamfara State Governor, Mahmuda Aliyu Shinkafi, led the delegation that bought the forms at the cost of N100m on behalf of Bankole on Friday.

Recall that the close ally of the former Speaker,  had said last week  Bankole had concluded his consultations with key stakeholders across the country.

Bayero had said, “Right Honourable Dimeji Bankole is in the race and he is contesting on the platform of the ruling All Progressives Congress. He has met with various stakeholders and their support is overwhelming, especially across the North. So, he is set to buy the APC nomination form next week.

“Many see him as someone who ticked all the boxes as far as having a young, smart, competent and patriotic president is concerned.

“Just like former military President, Ibrahim Badamasi Babangida, posited, Nigeria needs a young leader. I think there should be no debate over that even though the constitution did not stop old men from running for office.

“There are many northerners who believe Bankole is the right man to be supported, recalling how he handled the situation when then President Umaru Yar’adua took ill while in office. He is a candidate the North, indeed Nigeria as whole, can trust.”

Bankole, who was the 2019 governorship candidate of Action Democratic Party in Ogun State, officially registered as a member of the APC in March 2021.