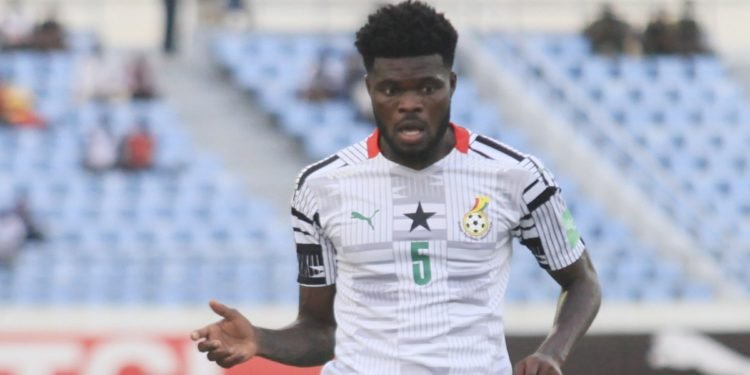 The Arsenal star is optimistic of recording a positive result in Abuja against the Super Eagles of Nigeria.

Deputy captain of the Black Stars Thomas Teye Partey has said that he and his teammates will secure a ticket to the 2022 FIFA World Cup in the reverse leg of the two-legged fixture in the final qualification round.

Ghana were held by their sworn-rivals Nigeria to a pulsating scoreless draw at the Baba Yara Sports Stadium in the first leg tie of the 2022 FIFA World Cup final play-off games.
Partey expressed his worried over the Black Stars failure to record a victory over Augustine Eguavoen's side in Kumasi after a scintillating performance from the four-time African champions.
“We know we should have won this game against Nigeria but a draw is not bad. However, I know that our fans are disappointed in us as we had promised them victory,” Partey said after the game.
“Nevertheless, it isn’t over until it is over and we promise all Ghanaians that we will go for victory in Abuja come Tuesday,”
The famous Moshood Abiola Stadium in Abuja will host the return leg tie of the blockbuster fixture between Nigeria and Ghana on Tuesday, 29th November 2022.

Gambian referee, Bakary Papa Gassama is among the eight...