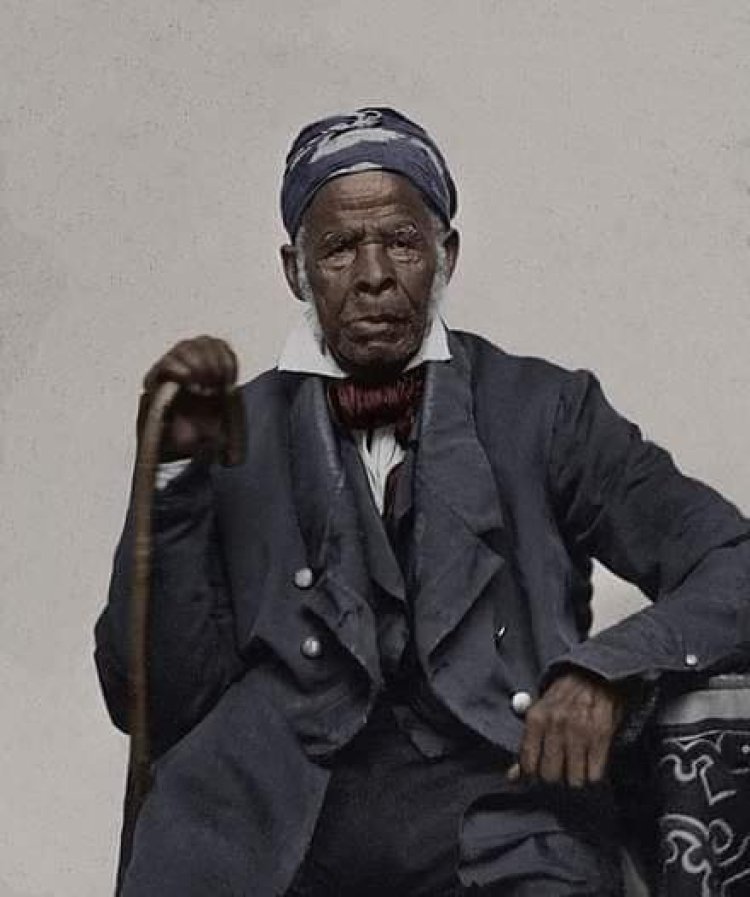 One of the ways which African Muslims in the western hemisphere were able to survive as Muslims during the intense psychological warfare of the American slave culture, was through religious subterfuge called taqiyya. This religious license was a key feature in the Autobiography of Alfa Umar ibn Sayyid. Like the enslaved Fulani Muslim of Natchez Mississippi, Amir Abd’r-Rahman ibn Ibrahim, Alfa Umar opted to not let the Anglo-Americans know what he was thinking.

This was demonstrated in his constant reference to John Owen, his final slave master, and Jim Owen in a laudable manner:

History bears witness that Alfa Umar’s praise for John Owens was an attempt at gaining concessions from a cruel taskmaster. Allen Austin identifies John Owen as the once governor of North Carolina from 1828-1830, who was responsible for passing legislature in North Carolina that ‘seriously limited the rights of Africans in the state’ in the same year in which Umar composed his autobiography.

This was done no doubt out of fear that the Anglo-Americans had for the Africans because of the revolution of Denmark Vesey. If, as David Robertson points out, Umar ibn Sayyid had major influence upon the religious, cultural and political aspirations of Denmark Vesey, then it is clear that Umar could have been much more radical than history has portrayed him. 2

Jim Owens and others depicted Alfa Umar ibn Sayyid as a gentle and contented slave who had eventually abandoned his Turudbe’ Islamic beliefs for the religion of his ‘good master’. There are statements in his manuscript, which when translated improperly and misunderstood may corroborate this erroneous view. For example Umar said:

“Jim along with his brother recite to me the Injeel of Allah our Lord, Creator, King; who regulates all our circumstances, our health and wealth, and who bestows His bounties willingly, without constraint according to His power. Open my heart to the way of guidance, to the way of Yusu`a, the Messiah, to the tremendous light.” 3

Many of Alfa Umar’s contemporaries and later scholars believe that this statement by Umar is one of the proofs in the manuscript that he became apostate from the religion of Islam over to the religion of his captors.  Only someone who is ignorant of the esteem that Muslims hold of the Messiah Issa ibn Maryum would believe that.

In fact, what Umar said is nothing but an affirmation of what Muslims have believed from the beginning of the mission of Muhammad, may Allah bless him and grant him peace. Writing in much the same time as Umar ibn Sayyid, the 18th century Turudbe’ Muslim reformer Shehu Uthman Dan Fodio said this about the belief that Muslims have in Jesus the son of Mary.

“He Prophet, upon him be peace related many traditions notifying Muslims that Issa ibn Maryum is the Messiah and that he would return in the End of Time to renew the religion of Islam and revive his sunna.

Allah ta`ala says in His Quran: “O People of the Book do not go to extremes in your religion and only speak the Truth about Allah. Verily the Messiah Issa the son of Maryum is the Messenger of Allah and His Word that He cast into Maryum and a Spirit from Him. Therefore believe in Allah and His messenger and do not say three gods. If you desist from this it will be best for you. Verily Allah is One, glory be to Him far is He from having a son. To Him belong what is in the heavens and the earth and Allah is sufficient as a Guardian.” [Quran – 5:77.]

Imam al-Bukhari narrated in his Saheeh the tradition: “The son of Mary will truly descend as a just ruler. He will break the cross, kill the swine and set aside the jizya.”

In the same tradition narrated by at-Tayaalisi it says:

“He will break the cross, kill the pig and diffuse wealth until Allah destroys during his time the one-eyed lying forger. Trust and immunity will come to pass in the earth until the lion will graze with the camel, the tiger with the cow and the wolf with the sheep. Even children will play with snakes. And neither of these will harm the other.” 4

Thus, the Turudbe’ erudition in Islam throughout the lands of the Bilad’s-Sudan would preclude Umar ibn Sayyid of being ignorant of the nature of Muslim belief in Issa the son of Maryum, upon him be peace. Given Umar’s extensive Islamic education it is difficult to comprehend that he would relinquish this deep grasp of Islamic belief for the paganism or man-worship of Christianity.

Along with the fact that the environment from which Umar was captured was inundated with the belief in millenarianism and messianic expectations that would redeem the Muslim world from the European invasion. This was the fundamental belief of the leaders and reformers under whom Umar studied and lived, like Karamako Alfa Ibrahim Barri, Sulayman Bal and Almamy Abd’l-Qaadir. 5

Another of the significant proofs of Umar ibn Sayyid’s continuous Islamic beliefs is the statement made in his Autobiography regarding the primordial status of Muhammad, may Allah bless him and grant him peace. This proclamation is made on a line separate from all the other lines as if Umar intentionally wanted to distinguish this statement from the other sentences. It says in Arabic: “The first is Muhammad.” (In the Arabic the text it reads: الأول محمّد.) [see fig. 2 ]

Why would Umar distinguish this statement from the remainder of the lines of the folio?  It is clear that after twenty years of intense study in the lands of Futa Toro and Futa Jallon, Umar no doubt studied the three main text which were transmitted in that region: namely, the Muwatta of Imam Malik, the Tafseer ‘l-Jalalayn and the as-Shifa of Qadi Iyad.

The transmission of the asaaneed (chains of authority) in these three text is still issued in these regions to this day among African Muslim Fulbe, Soninke, Jahanke’, Tukulor and Mandinke’ scholars.  It is important to cite here what Qadi Iyad said in his as-Shifa which will explain exactly what Umar ibn Sayyid was denoting with the above enigmatic statement: “The first is Muhammad”.

“Qatada once said that the Prophet, may Allah bless him and grant him peace said, ‘I was the first of the Prophets in existence and the last of them to be sent’.”

Shaykh Ahmad ibn Muhammad said in his commentary upon the as-Shifa concerning the above prophetic tradition, “I was the first of the Prophets in existence’, means that Allah created his spirit before their spirits; or in the world of atoms; or in the decree by recording him first in the Guarded Tablet; or he was the first to appear to the Angels. ‘And the last of them to be sent’ means that he is the seal of the Prophets.” 6

This primordial status of the nature of Muhammad, may Allah bless him and grant him peace was diffused throughout the Bilad’s-Sudan by means of the Sufi brotherhoods, particularly the Qaadiriyya; which was the spiritual brotherhood that was prevalent in the Futa’s during Alfa Umar’s capture.

It is for this reason that we have to look deeper for the causes which prompted Alfa Umar ibn Sayyid to transcribe the words: “This first is Muhammad”, in his Autobiography. Not only was the venerable Shaykh practicing subterfuge and dissimilation (taqiyya), but he was also confirming the long held belief by the Sufis of the primordial nature of the light of Muhammad, may Allah bless him and grant him peace. 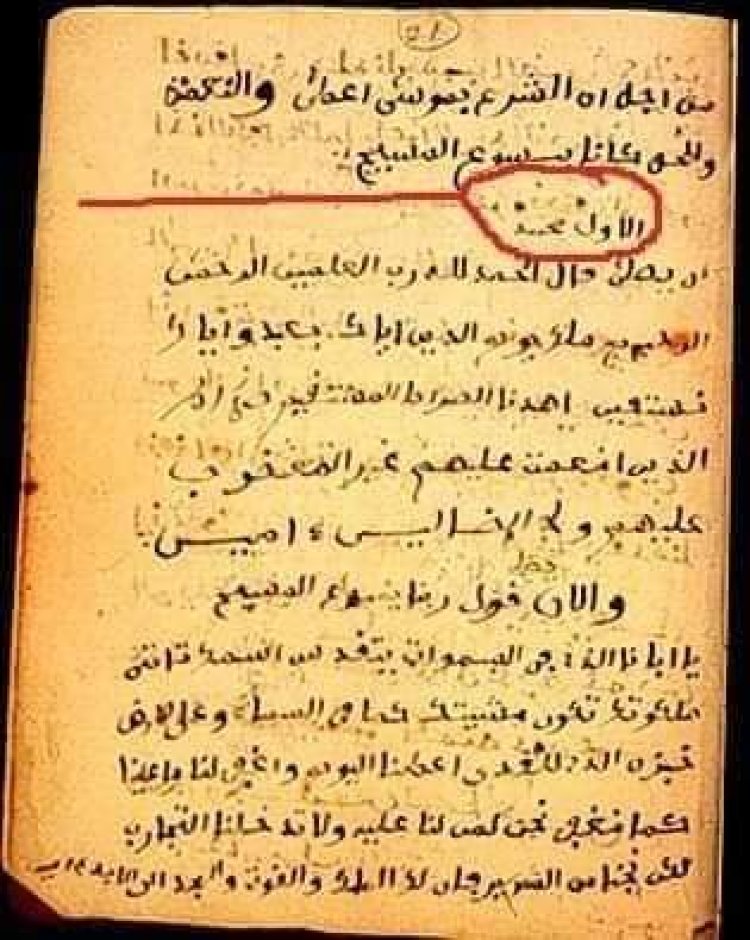 Given Alfa Umar’s 25 years of study in Futa Bundu under Cherno Sulayman Baal and the other Qaadiriyya masters of the region, it goes without saying that this advanced spiritual concept regarding the priority of the light and reality of Muhammad had been transmitted to him. It was narrated by Abd’r-Razaaq with his chain of authority on the authority of Jaabir ibn Abdallah that the Messenger of Allah, may Allah bless him grant him peace said:

‘O Jaabir, verily Allah ta`ala created from His Light the light of your Prophet before everything.”

In examining the transcription of Alfa Umar ibn Sayyid’s Autobiography, he left behind evidence that not only did he remain true to his Islamic faith, but that his understanding of that faith was at the highest level of comprehension.

The Autobiography of Umar ibn sayyid

The Fulani Novelist, Djaïli Amadou Amal, is the winner of 2021, Women of Cultural...