The communique issued at the end of a meeting of Joint Fulani Associations in Kwara State on Tuesday, February 23, 2021 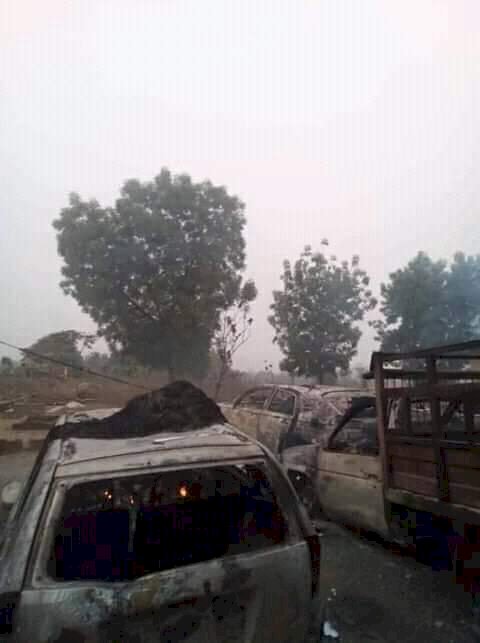 1- The Fulani in Kwara State condemned the attack on Sarkin Fulani Igangan.

2- We have discovered that all the allegations leveled against Sarkin are false .

3- Both the federal and Oyo state government should compensate Sarikin for all his property that were destroyed during the Sunday Igboho- led attacks on his settlement where people were killed and property worth millions of naira were destroyed to serve as deterrent to others . We equally urged the federal government to investigate the attacks on the settlement of Sarkin Fulani and all other Fulani settlements in the South- West states and bring the culprits to book.

4- The Fulani in Kwara State are committed to peace and we shall ensure that black legs are not allowed in our midst. To this end we have set up a screening and monitoring committee that will be screening the Fulani relocating to Kwara State from neighbouring states.

5-  We call on government to come to the aid of the displaced Fulani from the south- west.

6-  We thank both the federal and Kwara State government for the palliatives extended to the Fulani community but we still need more.

7- We also commend the Emir of Ilorin, His Royal Highness, Alhaji (Dr) Ibrahim Sulu-Gambari for his fatherly role.

8- We expressed displeasure over the way and manner the Oyo State governor, Seyi Makinde handled the issue of attacks on Sarkin Fulani Igangan and his family.