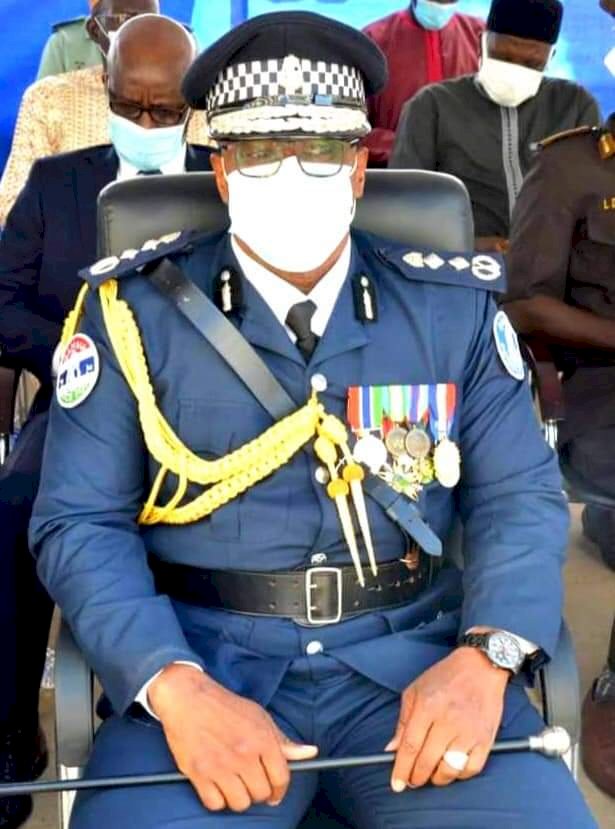 His Excellency President Adama Barrow was this evening shockingly informed of the untimely death of the Inspector General of Police Mamour Jobe. Sixty-One year old Jobe passed away at Medicare Clinic after battling a short illness. Upon hearing the sad news, President Barrow remarked “this is a great loss to the nation. He was not only IGP but a social worker who supported many communities. I have lost a great friend.”

Inspector General Jobe served in the Gambia Police Force for decades and was a police instructor for many years. In 2018, President Barrow appointed him as IGP, a position he held until the time of his demise. He worked hard to reorient the Police Force towards Standard Operating Procedures in policing, encouraged community policing, and embarked on many initiatives including building police stations. He fortified communities to promote peace and stability, as well as respect the rule of law. Under his leadership, the Gambia Police Force was reinvigorated to uphold democratic values and a police community radio was also launched to enhance awareness and strengthen community policing.

President Barrow expressed his deep sadness and sense of lost whilst extending his condolences to the family of late Mamour Jobe, the entire Police force, and by extension, the entire security sector.

May his gentle soul rest in eternal peace.

Buhari did not approve increase in petrol price by one naira, says Sylva