Miyetti Allah to Igbo: Our interest in Southeast purely economic 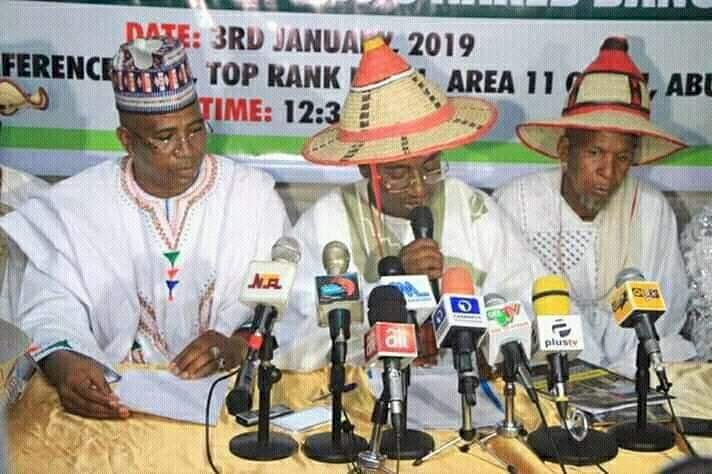 The Southeast zone of Miyetti Allah Cattle Breeders Association of Nigeria (MACBAN) has assured the Igbo that the interest of its members was neither to grab their land nor annihilate them. It said its interest is purely economic.

MACBAN Chairman in the zone, Gidado Siddiki, made the clarification yesterday after a meeting of the joint executive council of the group in Enugu.

Siddiki explained that the clarification of the activities of the herders had become necessary following growing suspicion and speculation in some quarters.

He said that it was imperative to correct the faulty impression that their interests in the region were beyond economic pursuits.

The MACBAN boss said that the suspicion that the herdsmen were harbingers of Fulani territorial expansionism had degenerated into unhealthy relationships in many parts of the region.

He said that such suspicion had made their members increasingly uncomfortable.

He disclosed that herders in the region were desirous of a harmonious relationship with the people of the zone.

His words: “This suspicion is rooted in speculations that herdsmen are harbingers of Fulani territorial expansionism.

”However, the leadership of MACBAN under my watch in the Southeast has continued to dialogue appreciably well with the individual state governments in the zone.

”I am happy that the dialogue gives us hope for better understanding between our members and their host communities.”

Siddiki also assured that the group would not hesitate to report any of its members found to be involved in criminal activities.

He called on the governments of Southeast to ensure the protection of their members and cattle, adding that herders in the area would be made to be cautious while plying their trade.

Siddiki said that MACBAN recognises that the challenges herders face were not peculiar to the zone.

Describing the people of the Southeast as good, he promised that MACBAN would not do anything to create tension in the zone

The nomadic Photographer; the story of Al-Ghazāli Atiku